Removing doorknobs may seem like a puzzle you can’t solve. Where are the screws, and how do you get to them? And not all doorknobs are the same, so knowing which type you have is crucial.

We teach you how to remove a doorknob in easy-to-follow steps and explain the different types available.

With so many types of doorknobs to choose from, knowing which one you have is vital if you plan to remove it. Some are easier than others, especially the half dummy and passage doorknobs. Here’s why:

A half dummy doorknob has no locking mechanism and doesn’t need to be turned to operate it. It is used for interior pull open doors and side-to-side doors on cabinets and furniture.

Passage doorknobs are mainly used for interior doors and closets. These knobs sit on both sides of the door and turn but have no locking mechanism. A passage doorknob is suitable for any location where privacy is not essential.

Privacy knobs feature a turn button lock on the inside knob. These are also intended for interior doors like bedrooms and bathrooms, where privacy is needed. 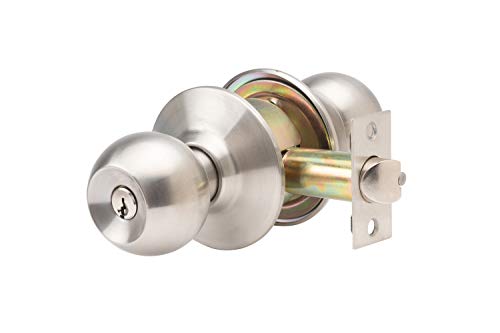 Storeroom doorknobs feature a lockable handle on the outside and a knob on the inside. The exterior lock remains locked unless opened with a key, and the interior knob turns freely.

Keyed entry doorknobs have a keyed access on the outside and turn button lock on the interior knob. They are perfect for exterior doors where the extra security of a deadlatch is required.

Suppose you’ve forgotten your key, no problem. The push-button doorknob has a numbered panel to enable you to punch in a unique code to open the door. They give a higher level of security and are handy when you have lots of people coming and going but don’t have spare keys.

How to Remove a Doorknob With Screws

Removing a doorknob with screws is a lot easier than doorknobs with no screws visible.

But before we get into the nitty-gritty of removing the doorknob, first, we need to gather some tools to ensure the job is done correctly.

How to Remove a Doorknob With Hidden Screws

Doorknobs with a cosmetic collar called the “rose” have concealed screws. They make the door hardware look neater and deter anyone from removing the knob from the outside.

How to Remove a Doorknob With a Push Button Lock

Removing a doorknob with a push-button lock is very similar to the previous technique. However, you may require an Allen wrench to complete this process.

What to Do When a Doorknob Is Stuck

Sometimes your door drops slightly, making it misaligned. When that happens, the latch mechanism no longer meets the strike plate cleanly. It could cause the latch to stick or to fail to engage correctly.

Align the latch with the strike plate with the door shut and then adjust the height of the plate. This is the easiest fix. However, it could be the sign of wood expansion or an even bigger issue, like subsidence.

Moisture rusts door hardware, including latch plates and strike plates. Plus, other debris becomes lodged inside your door mechanism, causing the latch to stick. You could try blasting it with a lubricant, like WD:40.

WD:40 is actually a water displacer with a small amount of lubricant. Blasting the mechanism removes debris, and the latch should move freely.

Take Note: While this is a quick fix, using WD:40 may cause more debris buildup in the long run.

Try using a dry product, like this B’laster Graphite Spray, instead of a wet lubricant. It still keeps the latch mechanism moving, but it attracts less debris.

If that doesn’t work, try removing the handle and latch using one of the methods above and soak the mechanism in vinegar with 5 percent acidity. Vinegar is an excellent all-around cleaning product, and it is entirely natural.

With the door shut, try pulling or pushing it from the outside or inside, depending on how it opens. This sudden burst of pressure may loosen the stuck mechanism. Rattling the handle sometimes works to loosen the latch free.

If pulling the door doesn’t make a difference, try hitting the door just above or below the handle.

If the latch doesn’t retract even with turning the handle, try inserting an old credit card into the gap between the latch plate and the strike plate. It may be the best way to unstick it and get the door open.

Only use an old credit card because it may snap.

Removing a doorknob from your old front door is not a difficult task. All it takes are the right tools, a bit of planning, and a steady approach. You can complete the job in less than 10 minutes. We haven’t covered fitting the replacement doorknob, but that will undoubtedly be the subject of a different article.

The next time you have trouble with your door latch, don’t call the professionals; get out your tools and get stuck in. 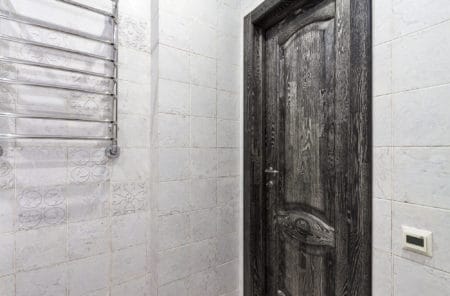 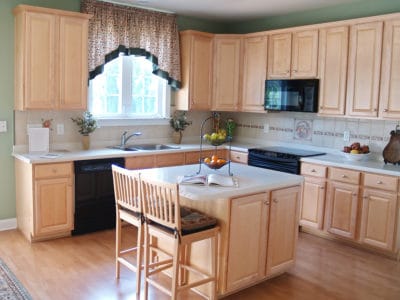 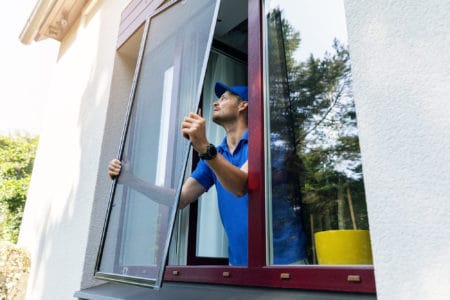 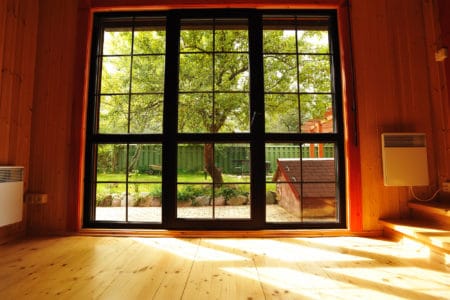 How to Block Heat from Windows (16 Different Ways) 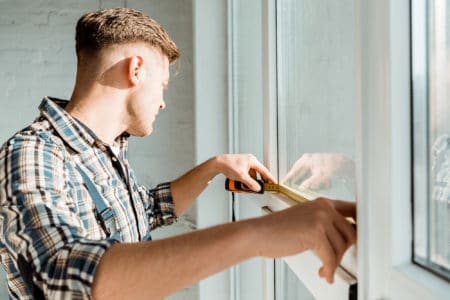 How to Measure For Replacement Windows (The Correct Way) 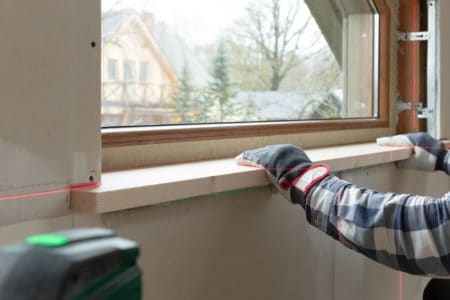 How to Replace a Window Sill Yourself (Like a Pro)