If you had a time machine and traveled back to the 50s, 60s, and 70s, you would see different colored toilet paper in bathrooms across the country. Today, almost all toilet paper is white, so when did toilet paper get so boring?

Buckle up as we take a trip through the history of color toilet paper and discuss when the trend started and when it stopped; plus, where you can still buy it today.

Colored Toilet Paper and Why It Disappeared

The 50s and 60s were the heydays of colored toilet paper. People bought it to coordinate with their bathroom suites. However, producing colored toilet paper was expensive, and the dyes used weren’t the safest for skin allergies. By the 1980s, colored paper started to decline in favor of sterile white paper. This was largely due to tastes changing, with modern bathroom suites being bright white.

America saw a boom in everything from homeownership to consumer goods in the post-war years, and your Grandmas and Grandpas were rightly proud of their new homes. So much so that they felt the need to color coordinate everything, including the toilet paper.

According to Toilet Paper World (now that’s a riveting read), the 50s and 60s were the heyday of color coordination, matching everything from towels, blinds, bathroom suites, and yes, toilet paper. It was available in any color imaginable, including black, blue, gold, and pink.

Why Did They Stop Making Colored Toilet Paper?

There are a couple of reasons why colored toilet paper vanished from our stores. The first is that our tastes have changed. The desire for avocado bathroom suites waned in the mid-80s in favor of clean white bathrooms, so the paper changed to match.

The second significant factor is that the dyes used in paper production were potentially harmful to the skin. Doctors warned us about the possible risk to health because the dyes contained hazardous chemicals.

It was also expensive to produce colored toilet paper, so the industry moved towards the more cost-effective plain colors we see today.

When Did They Stop Making Colored Toilet Paper?

The mid-1980s saw the decline of colored toilet paper when it started to disappear from store shelves, although the Scott colored range was still on sale as late as 2004. Interestingly, you can still buy pink toilet paper in France, but that’s one hell of a round trip for toilet tissue.

Is it Safe to Use Colored Toilet paper?

Doctors first warned of the potential risks back in the 1980s, which is one of the main reasons why colored toilet paper largely disappeared.

Dye regulation was non-existent when the colored paper first hit the market, so manufacturers used whatever chemicals they wanted.

Renova is the one company still making colored toilet paper. It is even rumored that Beyoncé demands Renova red toilet tissue as one of her concert riders. So, if you do choose to use Renova paper, you are in good company. However, the Renova range is costly, so you would need Beyoncé’s bank balance to afford it.

Some people also collect vintage toilet paper (who knew that was a thing?), so for the right price, you may even get hold of some original rolls from the 50s and 60s.

Where to Buy Colored Toilet Paper?

The internet is the place to look for colored toilet paper. You can buy Renova toilet tissue on Amazon. You can buy assorted gift boxes of colored rolls and even printed paper tissue to celebrate special occasions like Halloween and Christmas.

Why is Toilet Paper White?

The simple answer is that it matches modern bathroom suites because almost every suite is white. The second reason is white is a clinical color. Doctors wear white coats, and hospital bedding is white for cleanliness reasons. We all want a fresh and clean bathroom, and white toilet paper helps us achieve that.

It’s also cheaper to produce because the colored dyes used to manufacture colored paper are expensive. Given what we use the paper for, it seems like an unnecessary cost.

Wood contains a polymer called lignin, which acts as a glue to allow the tree to grow tall. Toilet paper manufacturers use bleach to remove it because lignin yellows over time, which isn’t a great look in your bathroom toilet tissue.

The simple fact is we are all used to seeing white toilet paper, so why change a winning formula? While colored paper may have increased in popularity recently, the buying public show little desire to change their wiping habits.

Sterile white toilet paper shows no sign of disappearing. However, it is still comforting to know that there are still people out there flying the colored paper flag. What’s not to love about red, gold, and black toilet paper?

Consumerism is all about choice, and if music royalty can wipe their posteriors on red toilet paper, why shouldn’t you? 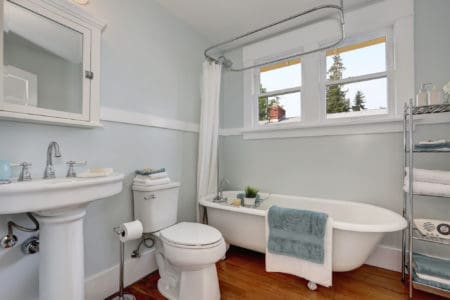 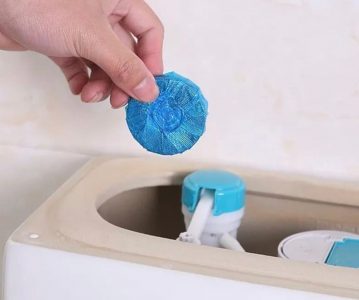 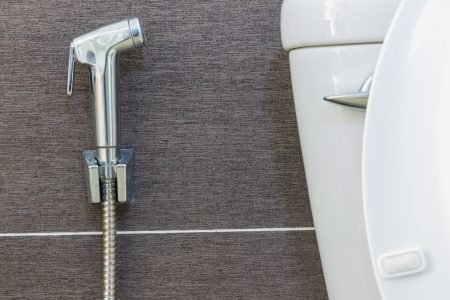 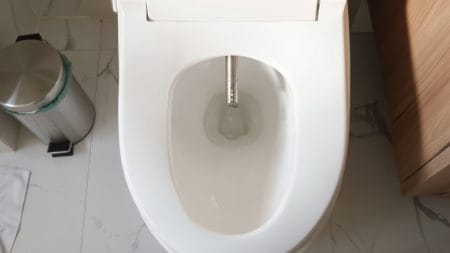 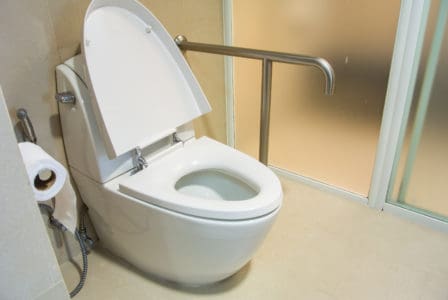 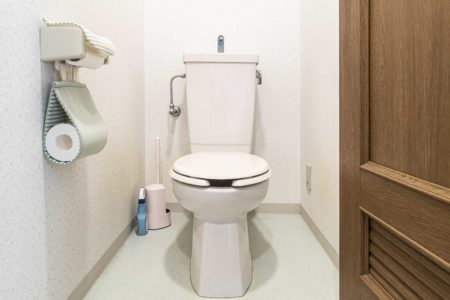