Circular saws are an important part of any carpenter or woodworker’s tool kit, allowing you to easily cut straight lines with ease. Two of the most popular circular saw types are worm drive saws and sidewinder saws.

At a glance, there doesn’t appear to be much difference between these two types. However, there are some key differences between them that will affect how they can be used.

In this article, we will take a closer look at worm drive saws vs sidewinder saws. This includes how they differ from each other and why either type might be more suitable for a given task.

What is a Worm Drive Circular Saw?

A worm drive circular saw is a powerful saw that has the motor mounted at the rear, with the power driven through two gears set at 90-degree angles. This setup means the motor produces less RPM than a sidewinder — about 4,500 — but more torque.

Worm drive saws tend to be bulkier and longer, due to the way the motor is situated.

How Does It Work?

Power is transferred through gears at 90-degree angles to the blade. This means the saw spins more slowly than a sidewinder but it has more torque. The torque provides its cutting power. A fast car, with a powerful engine but no torque wouldn’t get very far as its wheels would struggle to grip. Sometimes, it is better to have less speed and greater grip.

What Is It Used For?

Thanks to the added torque and weight, worm-drive circular saws are ideal for cutting stacks of lumber and knotted wood. It is sometimes also possible to convert the saw to cut concrete, similar to an angle grinder. Torque is critical if you are sawing dense material.

The extra length of the saw means making plunge cuts is easier. This enables you to cut shapes into the wood with less effort. It also means you have greater flexibility with your cutting techniques.

On a worm drive saw, the motor sits at the rear, with the blade mounted on the left. If you are right-handed, this means you will have a clear view of the cutting line.

Hardwood and knots should pose no problem with the power of a worm drive circular saw. They also cut concrete.

Worm drive saws weigh a lot more than a sidewinder, so they require more strength in your hands and wrists. The average worm drive saw weighs 14 to 16 pounds, compared to the 8 or 9 pounds of a sidewinder.

All power tools need some level of maintenance. However, a worm drive saw requires more attention and lubrication than a sidewinder model.

Worm drive saws are more expensive than sidewinder saws. For this reason, they are usually only purchased by professional carpenters or very keen amateurs.

What Is a Sidewinder (Direct Drive) Circular Saw?

A sidewinder saw takes its name from the fact that the motor is mounted on the side of the saw. This allows it to drive the circular saw blade without the need for extra gears. This method is called “direct drive”, and sidewinder saws are often referred to as direct-drive saws.

As energy doesn’t need to be transferred through gears, sidewinder saws are faster, usually spinning at about 6,000 RPM. When you compare this to the 4,500 RPM of a worm drive saw, it is a significant increase.

How Does It Work?

The absence of additional gears means sidewinder saws are more efficient. They generate a higher RPM because the direct nature of the drive allows it to operate at greater speeds.

What Is It Used For?

If you have smaller projects or don’t need to cut large amounts of lumber, a sidewinder saw is ideal. As they are lighter, they are also easier to operate when making awkward cuts such as high on walls.

A sidewinder will make most of the same cuts as a worm drive saw. However, the trade-off of the added speed is less torque.

Sidewinder saws are lightweight, making them ideal handheld circular saws. If you have a job that requires awkward cuts, a sidewinder will be ideal. They are also less of a burden on your arms and wrists than a worm drive saw.

A sidewinder saw usually weighs around 8 or 9 pounds, compared to the 14 to 16 of a worm drive.

Being more compact means sidewinder saws will fit into most carpenters’ tool kits. They are also easier to handle due to their smaller size, giving you far greater control.

If you want to learn how to handle a circular saw, a sidewinder is a far better option than a worm drive. It is lighter, more maneuverable, and smaller.

A sidewinder saw is far less expensive than a worm drive saw. This is why you typically find sidewinders in the tool kits of DIYers, as opposed to worm drives which are generally only used by professionals.

Despite having greater RPM, sidewinder saws produce less torque, so they might struggle to cut through some hardwoods and other dense materials.

Sidewinder saws have the blade mounted on the right-hand side. This makes it more awkward for right-handed people to view the cutting line while using the saw. Only about 10% of the United States population is left-handed (1), but this does make a sidewinder more user-friendly if you fit into that category.

Worm drive saws and sidewinder saws are both excellent tools that can become important parts of your tool kit. Which saw is better is largely a matter of your experience, budget, and the sort of tasks you need it for.

If you need to cut hardwood or large quantities of wood, a worm saw will excel at this kind of heavy-duty work. For smaller jobs, a sidewinder saw should be sufficient and it will also be more user-friendly if you are inexperienced at using circular saws.

Budget is an unavoidable factor when choosing any product. If you can afford a worm drive, they have stronger cutting power, which is why they are widely used by professionals. On the other hand, if you have a limited budget or don’t want to spend a lot on a saw that will only be used occasionally, a sidewinder saw should allow you to complete most tasks to a high standard. 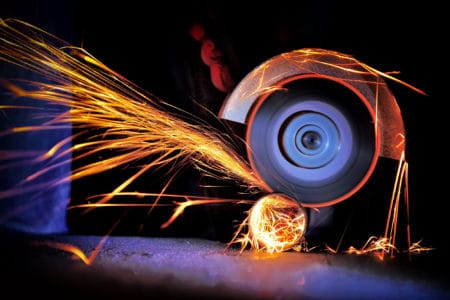 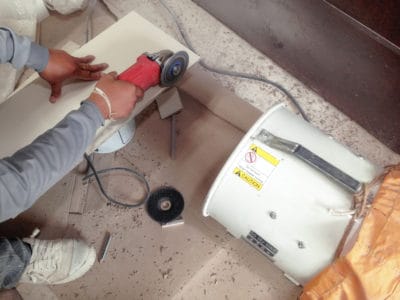 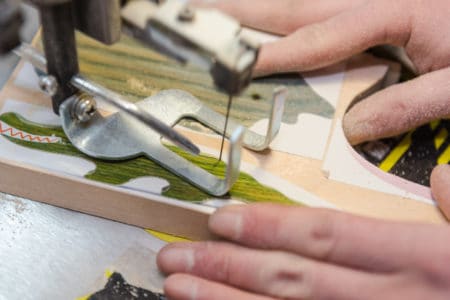 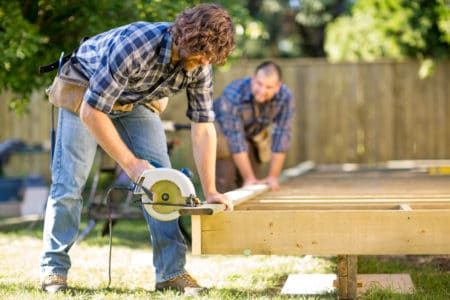 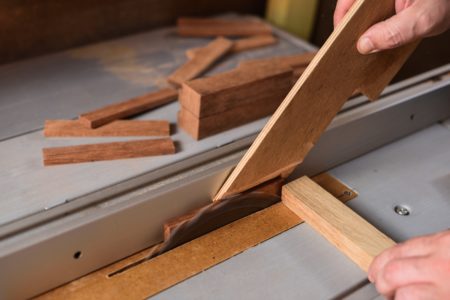 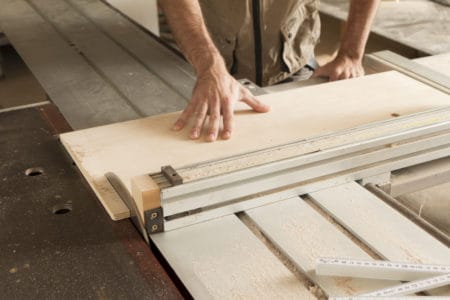