When your toilet starts to misbehave, it strikes fear into your heart. Gurgling is a common issue that could be something simple to rectify. That said, it could also be a sign of something more serious.

To answer the question, “Why is my toilet gurgling?” we need to look at the root causes and discuss ways to solve the problem.

7 Reasons Why Your Toilet Gurgles

Before you reach for the phone and call a plumber, there could be a simple reason why your toilet gurgles. It could be caused by reverse suction, which is where the airflow gets restricted and you get a backflow of water that makes the toilet gurgle. Your toilet could also be clogged. When that happens, you need to reach for the plunger, but to avoid it jamming in the first place, think about what waste matter you flush down the drain.

As we’ve hinted already, there are so many reasons why your toilet is gurgling. Some are easier to fix than others, but let’s look at some common causes.

Reverse suction is one of the most common causes of your toilet gurgling. When the airflow is restricted, you get a backflow of water that sucks air away from your toilet, causing gurgling. It happens when the P-trap is forced back into your plumbing as a result of it being removed.

It causes a lack of ventilation, and the bubbling begins.

Is the Toilet Clogged?

A clogged toilet is one of the most common reasons why your toilet is gurgling. It should be dealt with efficiently and cleanly. Don’t leave it and hope it will go away.

Here are some typical causes of a clogged toilet:

The Type of Toilet

Some low-flow toilets are more prone to getting blocked. They save water, which reduces the amount of force applied to the waste material when you flush. As a result, matter sits in the pipes and gets clogged.

If it happens regularly, it might be time to replace the toilet.

Your toilet should only have to flush away solid, fluid waste and toilet paper. That’s it. Nothing else should go down the toilet, but in the real world, we know the truth is far from ideal.

Food waste and face wipes are the biggest culprits. Avoid using your toilet as a trash can, and bin the offending items in the correct way.

The toilet trap sits at the base of your toilet and is sometimes referred to as the S or P-pipe. Its job is to hold standing water to stop odors seeping back up through the toilet. Sometimes it gets clogged and restricts solid waste from flushing away.

If you have a blockage, the toilet might start gurgling with the restricted water and airflow.

Blockages don’t just occur in the trap. Sometimes it could be elsewhere in the drainage system. Standard American toilets typically have vent pipes that cut through the roof to reach the air outside.

Debris, leaves, and even bird nests can get lodged in the vent, causing an imbalance in the air pressure. This manifests itself in several ways. The toilet is slow to flush, odors seep back through the drain, and the gurgling starts.

By ignoring the problem, the issue just gets worse because the air pressure reduces the flush strength of the toilet and increases the chances of a blockage.

Sorting out this issue involves climbing onto your roof, so if you lack a head for heights, call in the professionals.

The issue could be inside your toilet’s flush tank. The flapper is often a culprit, as they are rubber and age over time. Often they become brittle and start to decay. Luckily, it is an easy fix and relatively cheap.

The flapper’s job is to ensure that when the toilet is flushed, it allows freshwater into the toilet bowl. Then, it shuts, stopping any water flow while the tank refills. If there is a fault with the flapper, it lets the water trickle into the bowl and causes gurgling.

Calcium and sediment can coat the internal workings of your toilet and tank, causing malfunctions in the system. This is especially prevalent if you live in a hard water area.

If you suffer a build-up of magnesium, calcium, or iron, it can weaken your component parts, causing them to fail. This could be the reason why your toilet has started gurgling.

The main sewer drain is where all the pipes in your house lead. All the wastewater from your toilet, sinks, bathtubs, and showers drains into the main sewer drain. The water then flushes away to the city sewer system.

Sometimes problems occur that cause the sewer drain to malfunction. Roots grow underground and penetrate the pipes, causing cracking and blockages. Also, the land shifts over time, causing the drain to move and separate from other sections of the pipework.

There is good and bad news if your gurgling toilet is caused by the main sewer drain. The good news is it’s not your responsibility to fix it. It falls under the responsibility of your town or city.

The bad news is that it is likely to take some time to resolve, leaving your toilet gurgling for longer than you would want.

Following the same theme of the blocked or damaged mainline sewer pipe, another reason why your toilet may be gurgling is that there are neighborhood issues that are beyond your control.

The water company or the town officials may be doing some maintenance work to the system. It may be scheduled maintenance to keep everything in working order, or they could be responding to an emergency.

How To Fix a Gurgling Toilet

Now we’ve discussed what the causes might be; it’s time to give you some tips on how to sort the problem of a gurgling toilet.

Before plunging your toilet, make sure you seal off the drains in the house using duct tape across your bathtub, sinks, and shower drain holes. This channels the air pressure into the blocked toilet and stops it from escaping.

Push downward with steady force and then lift the plunger. The rubber cup creates a seal, and the pushing and pulling action lifts or pushes the blockage, clearing the toilet. Plungers are suitable for light to medium sizes jams.

Use the Drain Snake

A drain snake is a tool every homeowner should own. It can reach up to 15 feet into your drain, and the auger helps to move blockages. The beauty of a drain snake is it reaches parts of the drain system a plunger can’t.

If your manual efforts don’t clear the jam, you can rent a motorized auger with a potential reach of 100 feet. This is a more involved process that includes removing your toilet to reveal the main drain.

The best advice is if you don’t feel you have the skills to do this, call in a plumber ad get the blockage sorted once and for all.

Swapping the old flapper for a new one is easy. First, you need to drain the toilet tank by isolating the water supply and flushing to let the water escape. Second, unclip the flapper from the flush chain and remove the pegs that connect it to the overflow pipe.

Connect the new flapper by attaching the pegs and chain, and turn the water back on. When the toilet tank is full, flush and watch as the flapper lifts and drops. If you can’t hear running water or gurgling after the flush cycle is complete, you have sorted the issue.

The vent is typically located on the roof, so if you don’t have a head for heights, we suggest calling a plumber. Sometimes the vent gets clogged with debris like leaves and moss, plus birds might be nesting, which blocks the vent.

Why Is My Toilet Gurgling When I Take a Shower?

The most likely answer is your toilet and shower share the same vent line, known as wet venting. When you have a blockage in the stack or line, the air is forced down the pipe into your toilet, making it gurgle.

Why Are My Sinks and Toilets Gurgling?

Is a Gurgling Sink Dangerous?

A gurgling sink is not dangerous, but it could lead to more significant problems further down the line if left unchecked. The cause of the gurgling is likely caused by a partial or complete blockage, which means the issue will only worsen if you ignore it.

How To Prevent Toilet Issues

Prevention is always better than the cure, so what steps can you take to minimize any issues before they become major problems.

There is no substitute for regular maintenance to keep any issues at bay. Check the water tank and make sure the ball float, flapper, and flush chain are all in complete working order. Keeping the toilet bowl clean helps solid matter to flow down the drain, which reduces blockages.

Know What To Flush

You should only flush 3 things down your toilet:

Avoid wet wipes, face wipes, other sanitary products, and food waste. All of these things will clog the toilet and lead to bigger issues.

Regular inspections of your vent stop debris from building up, which causes it to block. Birds like to nest in unusual places, and the vent pipe is a handy home for our feathered friends. Debris falls into the vent stack and causes it to block. In extreme cases, it may be a deceased bird that causes the blockage.

You will need a head for heights, but just standing on the ground and looking up every once in a while should tell you if you have an issue. 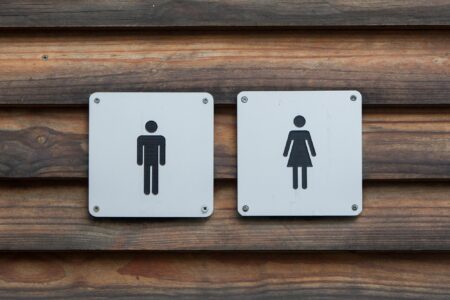 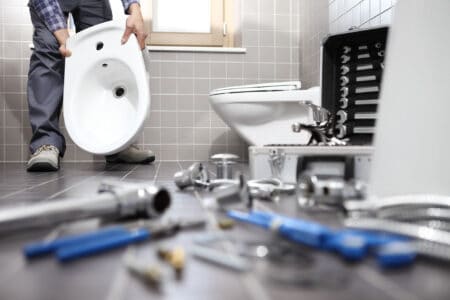 Replacing a Toilet (Including Tips for Installing a New Toilet) 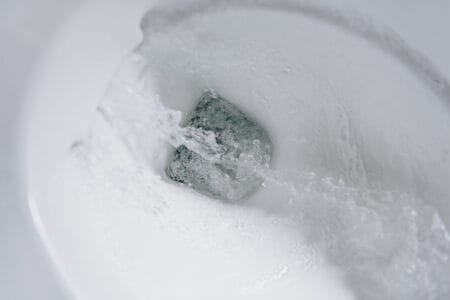 Toilet Leaking When Flushed Only (and the Causes) 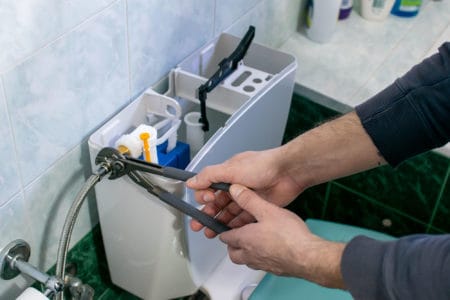 How to Turn Off Water to a Toilet (In Simple Steps) 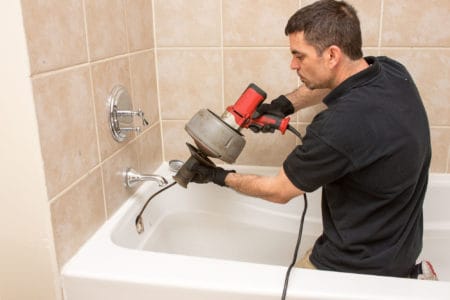 How to Use a Toilet Auger (Like a Pro)