Clean drinking water is a basic necessity but not one that everyone enjoys. If pollution, global warming, and population growth continue at current rates, it could spell disaster for over half the planet.

We bring you a comprehensive guide to water pollution facts and stats to highlight the scale of the issue.

Over 80 percent of the globe’s wastewater ends up back in the system. In advanced countries like Japan, America, and the UK, 70 percent of that water is treated to make it safe. But eight percent of all wastewater is untreated! In the USA, 34 billion gallons of wastewater are treated daily.

We’ve listed our favorite 10 stats in a handy-to-read list, but there are many more to shock and educate. Read on for the complete list. 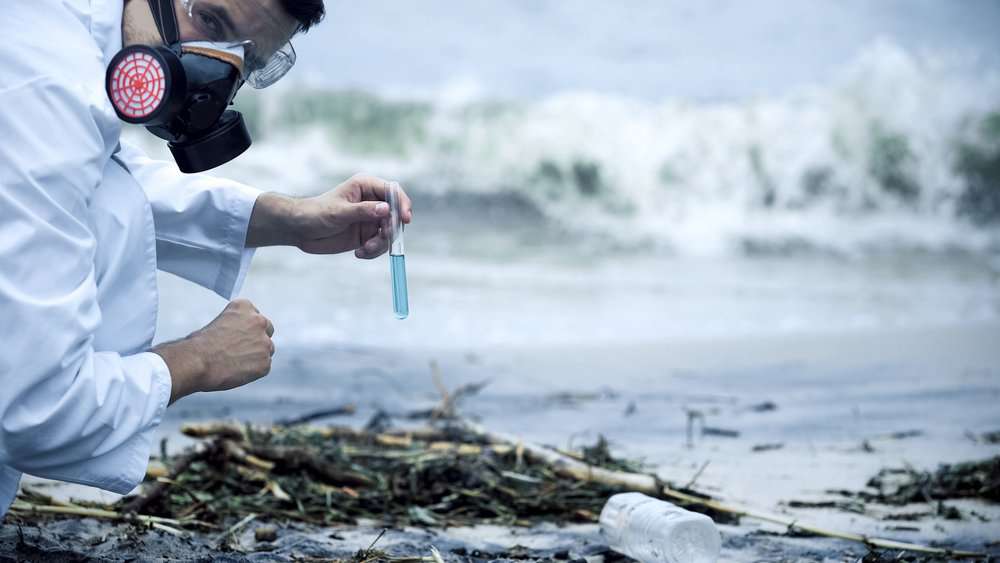 Before we look at the water quality in the United States, we need to raise some points about the picture worldwide.

Astonishingly, 80 percent of global wastewater ends up back in the water supply. Advanced countries like the US, Japan, Canada, and the UK treat 70 percent of their wastewater, making it safe.

However, that figure drops to just eight percent in poorer and developing countries!

A dead zone is not something from a dystopian Stephen King novel; they actually exist. There are thought to be 700 globally, with over 200 in the United States (1).

A dead zone is classified as an area where no life is supported due to agriculture pollution, airborne nitrogen, and untreated wastewater. To put it into size context, the total area of all dead zones measures approximately the same size as the U.K.

Oil spills account for just 12 percent of all the oil polluting the sea each year. Most oil contamination comes from dirty water flushing through drains and rivers. Urban and industrial oil waste accounts for 36 percent of the total oil in the seas.

You can’t see, touch, or smell it, but noise pollution is as serious as other forms of contamination. The survival of marine habitats and sea life is threatened by the thousands of ships crossing the oceans every day.

These vessels emit an intense sound that carries through the water, killing wildlife and disrupting habitats.

Radioactive waste is buried deep below the ocean bed for safety. Spent waste from nuclear reactors consists of high and low-level radioactive material that can take between 50 and 100,000 years to become safe.

If this bi-product of the nuclear industry leaks into the oceans, it threatens animal and human health.

Atomic bomb tests were carried out in the Pacific Ocean at the height of the nuclear arms race in the 1950s. Recent studies have shown that radioactive carbon from these weapons tests is present in muscle tissue of marine life deep in the ocean.

Farming and agriculture are significant contributors to nutrient pollution in our oceans. Nitrogen and phosphorus get washed into rivers and streams, ending up in the sea.

Nutrient contamination encourages algae to grow, effectively suffocating the marine life beneath the waves. These vast floating green belts are the origins of dead zones, killing all life in their wake.

The global wastewater recycling economy is worth $22 billion, an increase from $12 billion in 2016. Bangkok in Thailand now collects the slurry from septic tanks and recycles it for agricultural use (2).

It has created new opportunities and inventive ways to find new income streams. With 60 percent of residents in Bangkok engaged in farming, it could be lucrative.

By 2050, it is estimated that 70 percent of the global population will live in cities. This is an issue because most countries are ill-equipped to cope with such population concentration. It causes water supply and wastewater management failure.

However, there are shining examples of wastewater management: Aqaba, in the Gulf of Aqaba, has adopted a zero discharge policy for their wastewater. It means that 90 percent of their wastewater is treated and reused to make green spaces and supply the construction industry.

This watershed plan has improved mental well-being and preserved the city as a prime tourist attraction (3).

Astonishingly, millions of liters of waste and contaminated water are dumped in India’s rivers and water sources daily. This water contains industrial waste and domestic toilet waste, and only a tiny percentage is treated.

One-third of medical facilities in developing and low-income countries use contaminated water. Countries like India and Africa are the worst offenders. This is a water treatment problem due to a lack of investment because many of these facilities are in rural areas.

Around two billion people drink water contaminated with human feces. Fecal matter in drinking water results in cholera, polio, typhoid, and dysentery. Victorian Londoner’s found this out to their cost when they had several cholera outbreaks that claimed 40,000 lives.

It wasn’t until Dr. John Snow (not the Game of Thrones guy!) discovered that cholera was passed via contaminated water that he was able to establish clean water taps for the poor. Inevitably, cholera cases fell dramatically.

The most polluted river in the world is the Citarum River in Indonesia. It has over 500 factories dotted along its length dumping waste material directly into the water.

Other notable rivers with high pollution include the River Riachuelo and Lake Karachay in Russia, the world’s largest radioactive water body. Even the sacred Ganges in India is heavily polluted, with over 89 million liters of sewage released daily.

Water Pollution in the USA 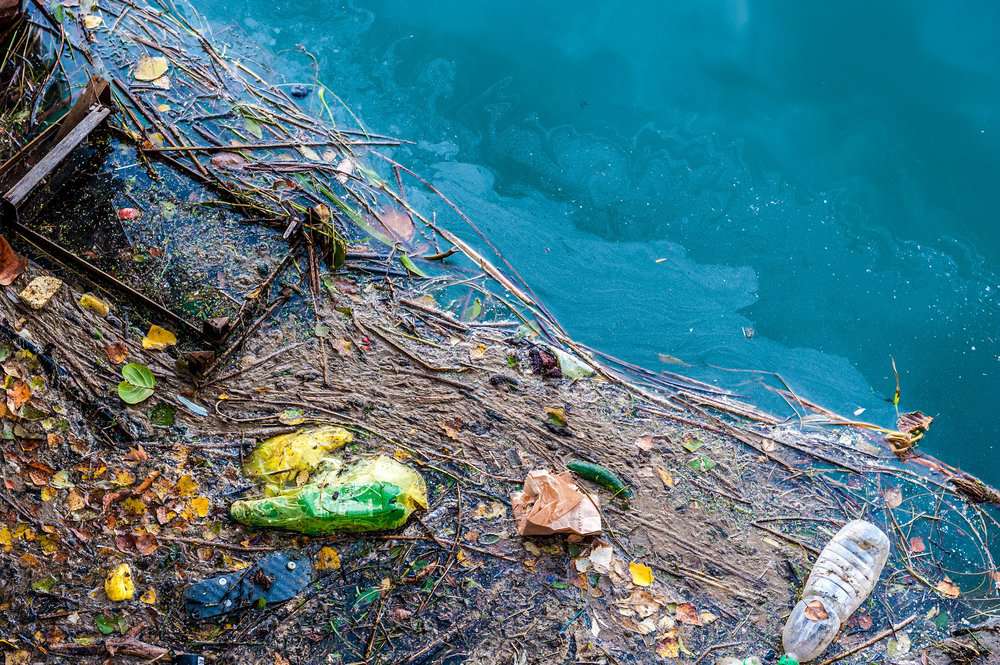 We can see that there are global issues, but how does the domestic water supply fare here in the United States? Are we as advanced as we think, or do we suffer from the same issues as the rest of the world?

Over 2.5 million acres of water bodies suffer from nutrient pollution in the US, including rivers, lakes, and reservoirs. The worrying information is that only 31 percent of the US water system has been tested, so the figure could be much higher.

The Environmental Protection Agency (EPA) has designated over 800,000 miles of rivers and streams as suffering from nutrient pollution (4).

PFAS chemicals are found in everyday items and easily find their way into our drinking water supply.

The lead content of tap water was 25 percent higher than the legal limit during the 2014 Flint water crisis. It resulted in 12 deaths and an outbreak of legionnaires disease, making many more sick (6).

It all started as a cost-saving exercise by the city authorities to switch water supply from the Detroit Water and Sewerage Department to the Karegnondi Water Authority. The contaminated Flint river was used as a temporary supply while they constructed the connections.

And the award for the most polluted river in the United States goes to the Ohio River. It passes through six states and has over 6,900 toxic discharges along its route. The Mississippi and Tennessee Rivers come a close second and third.

No, it’s not a cheap attempt to resurrect a toy from the 90s and give it an eco spin; the garbage patch actually exists. Its full title is the Great Pacific Garbage Patch (GPGP), and it stretches from Hawaii, California, and Japan, containing 1.8 trillion pieces of plastic.

It is the single biggest trash site on the planet! It weighs an astonishing 80,000 tonnes and covers an area three times the size of France.

Almost 34 billion gallons of wastewater (including sewerage) are processed daily across the United States. You read that right! However, 76 percent of this wastewater is safely treated.

In 2015, there were over 80,000 suspected water violations under the Safe Drinking Water Act. The primary pollutants are lead and nutrients caused by agricultural water run-off. Lead can affect brain development in children (7).

Alarmingly, every US state’s drinking water supply contains water contaminants like arsenic and copper. Nitrates can cause Baby Blue Syndrome in infants, causing their skin to turn blue. It increases the chances of infant death and cardiovascular disease.

Americans treat 20 percent of their wastewater locally using septic tanks. With the right treatments, a septic tank can be effective at creating good bacteria that help to keep smells and pollution to a minimum.

However, septic tanks can fail due to overload and mismanagement, so you must maintain them correctly.

Graphs from the Environmental Protection Agency indicate that the US ranks second in the most polluting countries’ stakes (8). It accounts for 15 percent of all world pollution. Okay, it comes second to China, with a massive 31 percent, but being second is not something to be proud of. India accounts for seven percent, and Russia for five percent of global pollution.

Water pollution is classified as point and nonpoint, meaning that it’s from a specific source or several sources. So, who are the biggest offenders when it comes to global pollution?

Unsurprisingly, the big two, industrial waste and burning fossil fuels, significantly impact the planet, wildlife, ecosystems, and human health. The more gasses we throw into the atmosphere, the more likely we are to suffer from acid rain.

Acid rain strips plant life, killing crops and increasing global hunger. It also poisons the oceans. Our expanding population needs water, and while it is a finite resource, the more we pollute what we drink, the higher the chances of disease and death.

If water is becoming scarcer and we continue to poison what supply we have, we need solutions. Sure, industry and the government need to drive change, but there are things you can do right now that will make a difference.

How Much Pollution Is in the Sea?

The United Nations estimates that there are approximately 400 million tonnes of waste matter in the sea annually.

Which Country Has the Cleanest Water?

Iceland tops the list for the cleanest water in the world. All its tap water is safe to drink, with many claiming it is among the purest water on the planet.

What Population is Most Affected By Water Pollution?

People on the lowest incomes are the worst affected by water pollution. They have neither the resources nor the opportunities to avoid water pollution and are more likely to suffer due to disease.

How Many People are Killed By Water Pollution Every Year?

Water, Water Everywhere But Not a Drop to Drink

It is frightening to think that humans rely on clean water to sustain life. This article may contain very few fun facts, but the data is still interesting.

Polluted water facts and statistics are sobering, but we still have time to do something about it. So, start today and make small changes to help you and the environment. 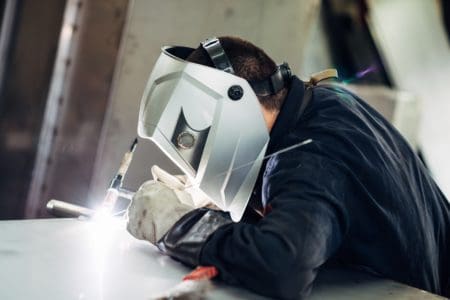 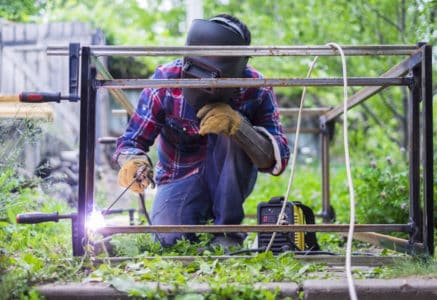 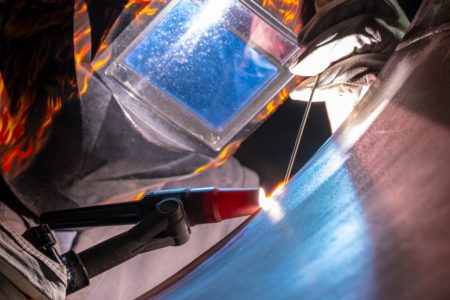 How To TIG Weld (Step-by-Step Process) 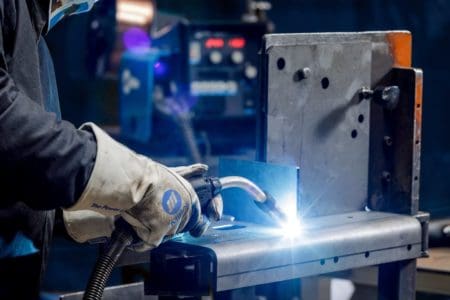 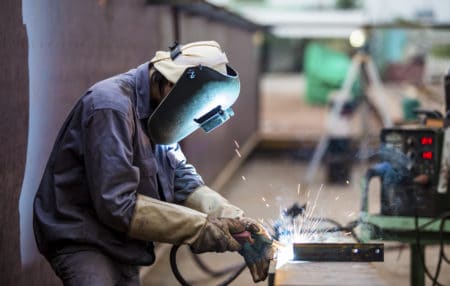 How To MIG Weld 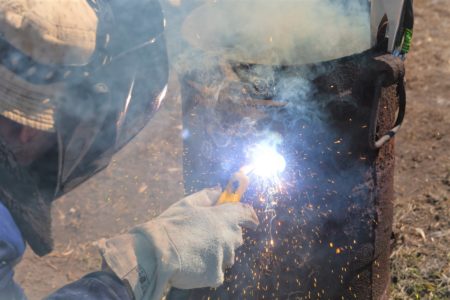 How To Weld Cast Iron