Many modern shower heads are fitted with a flow restrictor to help them reduce water waste. In the United States, regulations specify that shower heads must produce no more than 2.5 gallons of water per minute when they are sold (1).

While this is good news for your water usage and energy bills, it can also reduce the effectiveness of your shower. As a flow restrictor limits the amount of water that flows through your shower head, it weakens its spray. If your home already has low water pressure, this can reduce your shower spray to a trickle.

If you remove the flow restrictor from your shower head, your water usage and bills could increase significantly.
Table of Contents

The flow restrictor is usually plastic, circular, flat, and has a star-shaped metal center. It is generally located behind a metal component that screws off in a fixed shower head. They can vary in color and have open inserts near their edges.

In a handheld shower head, the restrictor is often at the edge of the handle where it attaches to the flexible hose, behind the shower head, or inside either end of the hose. The manufacturer’s instructions should tell you where to find it.

How to Remove the Restrictor Valve

1. Disconnect the Shower Head from the Arm

To remove the shower head from the arm that connects it to the wall, unscrew it. You will often be able to do this by hand; if not, use a wrench.

There might be a mesh screen inside the shower head to remove any sediment or impurities from your water. If your unit has one, remove it. You might need to lightly tap the shower head to dislodge it or use your needle-nose pliers.

3. Remove the O-Ring or Gasket

Inside the shower head, there should be a rubber O-ring (gasket). Unfold your paperclip and then use it to carefully pry out the O-ring.

Try not to damage the O-ring. If you do, you will need to buy a replacement.

4. Take out the Flow Restrictor

You should now be able to see the star-shaped metal restrictor inside the plastic ring.

Place your unfolded paper clip under one part of the flow restrictor. Twist it and pry it up to remove it.

If you can’t remove the flow restrictor with a paper clip, try using a screwdriver, or needle-nose pliers.

5. Replace the O-Ring and Shower Screen

With the restrictor removed, take the O-ring you removed earlier, or a new one if necessary, and place it into the shower head. Make sure it fits back into the spot you removed it from.

If you also removed a filter, reinstall that too.

There may be more than one flow restrictor in your shower system. Check the owner’s manual to help you locate and remove them all.

Before proceeding, check your owner’s manual as the manufacturer will usually highlight where the flow restrictor is located. This means you won’t waste time and effort by disconnecting the wrong component.

Method #1: If the Restrictor is in the Handle

If your shower head shows signs of dirt and mineral deposits, soak it in a solution of one part white vinegar and four parts water overnight before reinstalling it. This should remove the majority of scale (3).

Method #2: If the Restrictor is in the Hose

This method is largely the same as if it were in the handle, except you will need to remove it from the holder at the top or bottom of the hose. Remember to protect the finish of the hose and nuts with a cloth, and replace any existing plumber’s tape with fresh tape.

Method #3: If the Restrictor is Behind the Shower Head

Removing a restrictor located between the shower head and handle follows the same order as removing one from a fixed shower head as described above.

Shower head flow restrictors are designed to help save water and will not increase pressure. The role of the restrictor is to regulate the volume of water from the shower head.

To comply with the National Energy Act, makers of shower heads must incorporate a flow restrictor or flow controller into their products.

But, if you live somewhere with low water pressure, the restrictor may cause your shower to only produce a thin drizzle of water. In this scenario, removing the shower head flow restrictor is worth removing, but note that your water bills may also increase.

What Is the Max Flow Rate for a Shower Head?

Starting in 1994, the National Energy Act regulated the maximum flow rate for a shower head to a maximum of 2.5 GPM. This helps reduce water waste.

How Much Water Does a Flow Restrictor Save?

Although everyone enjoys financial savings, the water savings that may be achieved with low-flow showerheads benefit society since they contribute to water conservation. As of 2013, more than 36 states in the United States are experiencing water shortages.

According to the Environmental Protection Agency (EPA), a typical family’s daily shower usage accounts for forty gallons of water.

Your household may save 2,900 gallons of water annually by switching from a showerhead with a flow rate of 2.5 GPM to one with a water-saving flow rate of 2.0 GPM.

It is estimated that 260 billion gallons of water might be saved annually if every household in the United States used this water-saving measure.

How Do You Remove the Water Restrictor from a Moen Shower Head?

Cut off the shower’s water supply to avoid unwanted water sprays. Remove the shower head from the rest of the plumbing. Look at the nozzle to spot the flow restrictor (it looks like a small disk with a center hole).

Twist it counter-clockwise and remove it. You might have to use a pair of pliers. Put the nozzle back in place and reattach the shower head.

A water flow restrictor is integrated into showers to limit their flow rate and reduce water waste. In the United States, this means they cannot exceed 2.5 gallons per minute, but this can have the adverse effect of reducing your shower’s water pressure.

The methods listed in this guide have shown you how to remove the flow restrictor from your shower head and potentially increase its water pressure. This is a relatively simple process but, if you aren’t confident in your DIY abilities, you can always ask a professional to do it for you.

It can be tempting to simply remove your flow restrictor when you install the shower head for the maximum pressure possible. However, it is worth testing it with the restrictor first. Modern shower heads are designed to operate effectively at 2.5 GPM and you could significantly increase your water bills by removing this component. Depending on the model, removing the restrictor could also void your warranty, so check this first. 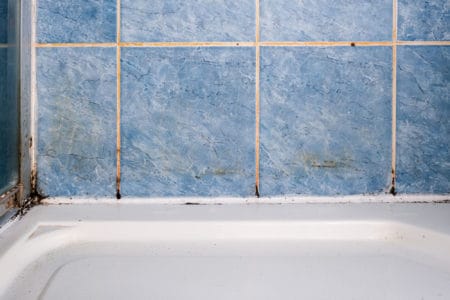 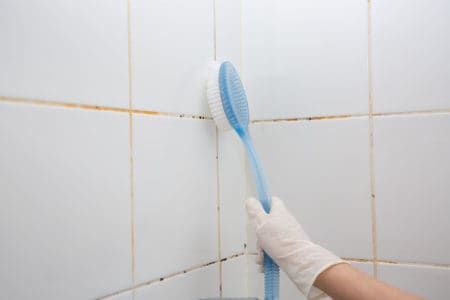 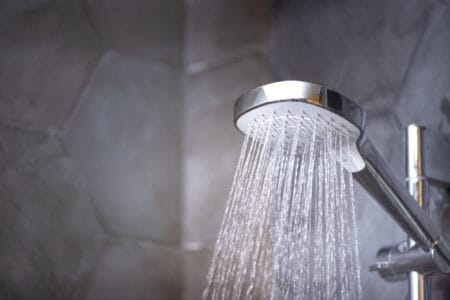 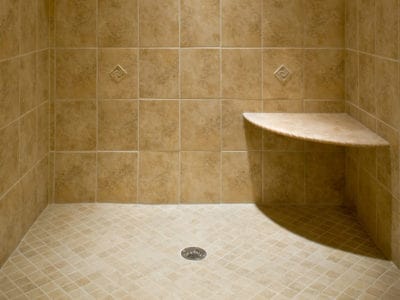 How to Build a Bench In a Shower (In Simple Steps) 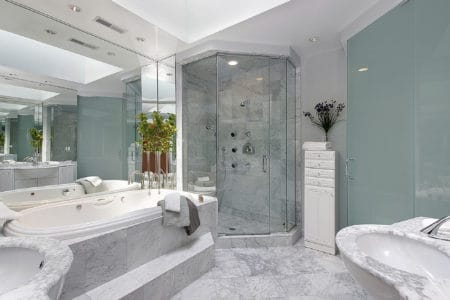 How to Clean a Marble Shower (Without Damage)