We all like to think we have design flair and creativity, but in reality, how many of us have the skills needed? Getting the most out of our spaces is a dark art. And interior designers are like magicians, saving us time and money and realizing that image stored inside our heads.

How Many Interior Designers are there in the USA?

According to the Bureau of Labor Statistics, there were 60,650 interior designers in the United States as of 2019. California has the highest concentration of interior designers, with 9,420. That’ll be the lure of all those movie stars in LA.

Industry employment is expected to grow by 13 percent and 20 percent for specialized interior design over the next decade.

Here’s our at-a-glance list of the top 10 facts and stats: 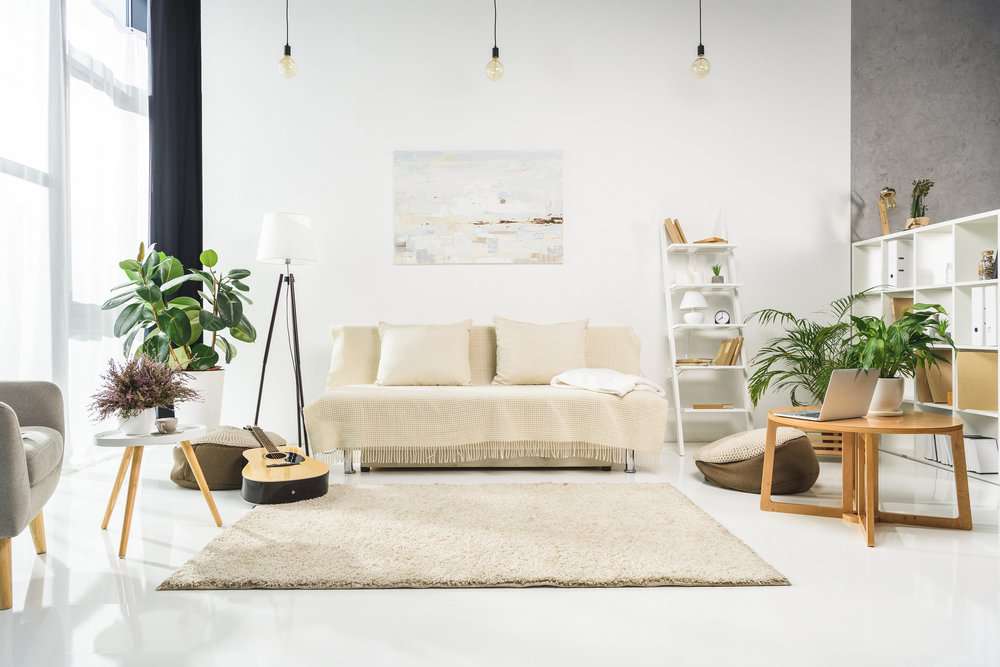 Interior design may seem like a new industry, but it stretches further back than you might think. Here are some fun stats and cool trivia for you to digest:

Ancient Greeks used interior design to decorate their homes with expensive objects and high-status furnishings. However, you can trace the origins of interior design even further back to the dawn of humankind.

French cave paintings dating from 30,000 years ago prove that early humans not only decorated their interiors, they used them as a means of storytelling.

The term “interior design” was first coined just under 100 years ago. In the early days, one of the leading lights was Elsie De Wolfe, regarded as the founder of the industry. She was an actress who designed theater sets and then moved into interior design.

She started her design company in 1913 and published a book called “The House in Good Taste.”

White is ageless, classy, and rarely dates, which is why it has been a design favorite for the last decade. This minimalist look uses muted shades of white, cream, and other neutral colors, with a splash of accent color.

Interior designers use color harmonies to create unique designs and schemes for their clients. Typically, these color harmonies consist of eight color choices. The idea is that colors should compliment each other and not clash.

Psychology plays a crucial role in a designer’s choice of colors. Bedrooms typically have warmer tones like deep reds or muted colors like pale blue and browns. These colors are calming and soothing, helping you to sleep better.

Bright yellows and vibrant reds can stimulate the senses, so they might be better used in kitchens and lounges. Whites are also suitable for lounges because you can add color splashes with soft furnishings.

The most expensive rug in the world was purchased for $34 million at a sale in Sotheby’s in New York City. We doubt it was going in the owner’s house at that price. It is believed to be of Persian/Kerman origin and once was part of the Clarke collection.

Over the years, regulation in the interior design industry has increased. The Americans with Disabilities Act has changed the landscape and means that design needs to cater to those less mobile.

While this is less crucial in private homes, it is enshrined in law in public and commercial buildings. 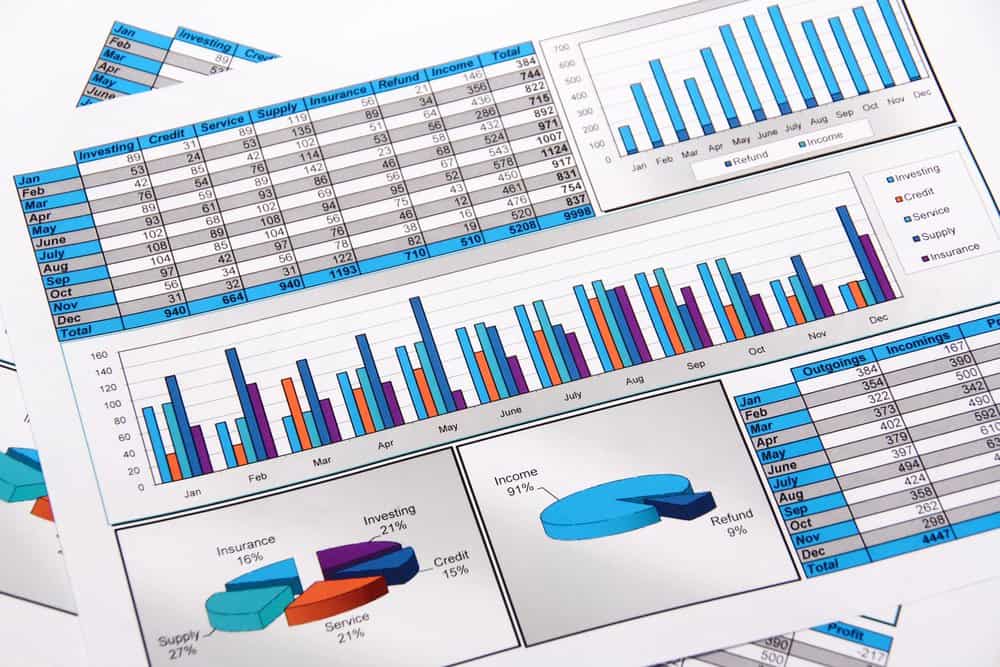 How big is the interior design industry, and what are the growth trends moving forward? Let’s take a look at some of the crucial information and data.

The global interior design market was worth $150.7 billion in 2020, with growth projected to hit $255 billion by 2027. That’s still short of the home improvements industry, with a revenue of over $600 billion worldwide.

China, Japan, the US, Europe, and Canada accounted for $11.3 billion of the total interior design market in 2020.

And it is predicted to grow to $17.8 billion by 2027, fuelled mainly by the meteoric rise of the Chinese markets.

The international growth rate for the interior design markets will hit four percent by 2025. That’s an increase of $24.1 billion!

The Asia/Pacific region will see an increase of 35 percent in that same time frame.

Canadian growth between 2015 and 2020 was two percent, making the industry worth over $1 billion, with 7,572 businesses working in the industry.

The UK saw a compound growth of 11.2 percent from 2017 to 2018. This was driven mainly by online demand and a booming housing market. Since the pandemic, these figures are expected to grow rapidly.

So, we’ve looked in detail at the global and US industries, but what is it like to work in the interior design sector?

Forget the idea that designers are bohemian carefree types because the average age of an interior designer is 43. And of the 42,897 people employed in the industry in 2020, 72.7 percent were female.

Interior design is a remarkably white profession, with almost 86 percent Caucasian. In contrast, 4.1 percent are Asian, and 7.4 percent are Latino or of Hispanic origin.

African Americans made up the next category, at just 1.2 percent of designers, but spare a thought for Native Indians, making up a mere 0.1 percent!

Interior design is one of the few industries where men earn significantly less than their female counterparts. It could be because men make up just 22.4 percent of the workforce.

Men earn $49,366 per annum, compared to the industry average of $53,000 per year. Don’t shed too many tears, though, because a millennial with a college education will earn just $36,000 on average.

Most interior designers charge between $5 and $12 per square foot. This fee includes consultation, management, and the procurement of furnishings. The average interior design total cost varies between $1,893 and $11,180.

California employs the most interior designers in the US, with 9,420 in the workforce. In high-income cities like LA and other affluent areas, it’s more likely that work is easier to find than in poorer rural areas.

You’d be forgiven for thinking that Californian designers earn the most, but that accolade goes to Wyoming, with an average $65,000 salary. In Indiana, it can be as low as $37,000.

20. Get a Good Education

Becoming a qualified interior designer takes between two and four years, depending on your degree. An Associate Degree takes two years, while a Bachelor’s Degree could take four years.

21. Covid has Changed the Industry

Post-pandemic has seen a shift in design focus from making things look pretty to dealing with social distancing and good airflow/ventilation. Spaces have become places where people need to distance themselves as much as possible.

Table service is the norm in many drinking establishments, which means a decline in bar service.

Where are you most likely to get work as an interior designer, and where should you avoid setting up a business?

The highest ranking Californian city is San Francisco at ninth!

The most spoken second language among interior designers in the US is Spanish. As of 2020, a staggering 40.6 percent spoke it, while 13.5 percent spoke French, and 7.2 percent spoke Italian.

The Spanish influence may have something to do with the prevalence of interior design firms in California, where Spanish is widely spoken.

New York City, Los Angeles, and Chicago have the highest density of millionaires per capita in the United States. It’s the reason why California has the highest number of interior designers.

The moral of the tale is if you want to get ahead with your interior design career, follow the money.

Most interior designers charge between $50 and $200 per hour. This fee includes consultation, design, sourcing furnishings, and management of contractors. Most customers spend between $1,893 to $11,180 per job or between $5 to $12 per square foot.

Who Was the First Interior Designer?

Who Are the Most Successful Interior Designers?

Who are the rock stars of the interior design world? Let’s find out:

One of the most famous designers is Joanna Gaines, who has had a meteoric rise to national brand status in just nine years. Another notable designer is Martyn Lawrence Bullard, who is the go-to designer for the likes of Elton John and Kylie Jenner.

What is an Average Interior Designer Salary?

What is the Future of Interior Design?

The future of interior design is a blend of warm patterns and textures coupled with clean lines. Earthy colors and mixes of grays and tans have become more common recently and show no signs of declining in popularity.

Interior design is big business, and interior designers do much more than you might think. It is a skill we all believe we have, but most of us struggle to coordinate our clothes, let alone our living spaces. 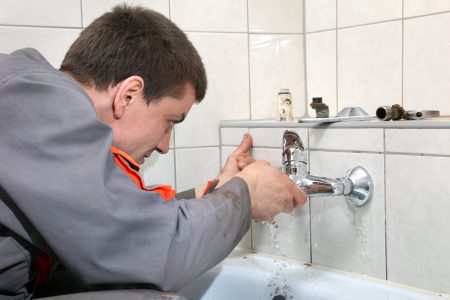 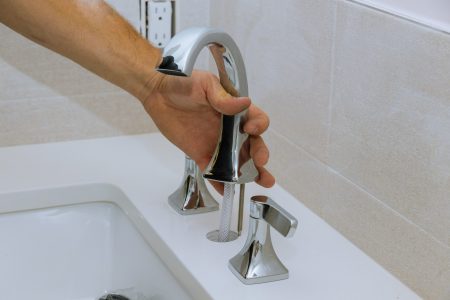 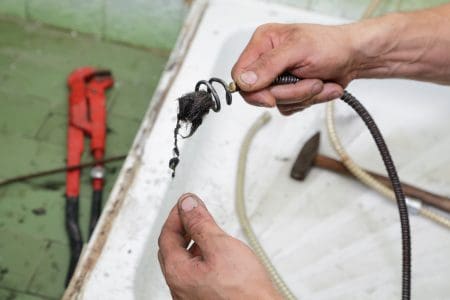 How to Unclog a Bathtub Drain 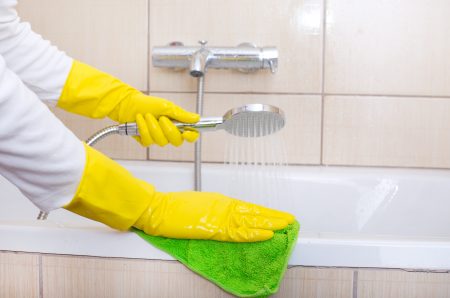