Knowing how to remove a ceiling fan is crucial if your old one is broken and needs replacing. Maybe you want to update your fan to something more modern, or it’s noisy and drowns out the conversation?

Taking down a ceiling fan is simple enough and doesn’t require specialist knowledge or tools. Our detailed guide to removing ceiling fans makes the task more straightforward than you might think.

Do You Need an Electrician to Remove a Ceiling Fan?

Removing a ceiling fan is relatively easy and can be done without an electrician. Simply cut the power at the main circuit board before you start, which is as straightforward as flicking a switch.

If you feel uncomfortable working with electrics, play it safe and call in an electrician. It will cost more, but you get the peace of mind that the work is guaranteed.

Not all downrod and flush-mounted ceiling fans are identical, but between the two styles, they differ significantly. Deciding which is suitable for your room requires some thought.

The main difference between a downrod and a flush-mounted fan is how it attaches to the ceiling. A downrod fan uses a rod to mount the blades. This serves two purposes: to stabilize the blades and give better airflow because of the positioning of the blades.

If you want to recreate that cooling sea breeze, a downrod fan may be the best choice.

A flush-mounted fan is better for low ceilings because it mounts directly onto the surface without a downrod. But, because the blades hug the ceiling, they don’t get the optimal airflow of downrod varieties.

However, if you lack the headroom, a “hugger” fan may be your only option, especially for taller people. They are also less likely to develop a wobble because the box cover attaches directly to the ceiling.

If you lack the confidence or skills, a flush-mounted fan is the better option because they need less work to install.

Whenever you work with electrics, you need to tread carefully. Replacing a ceiling fan is a task suited to most DIY enthusiasts, but you still need to take precautions.

First, don’t just switch the fan off at the wall. Even though the fan is stationary, the wires are still live and connected. You will need to cut the power at the main circuit board.

Never touch electrics with wet hands or when water is present.

How to Remove a Ceiling Fan from a Downrod

Removing a ball and socket fan requires a slightly different method than a flush-mounted fan. Before you get started, let’s take a moment to list the tools you’ll need.

Find the circuit box and switch off the breaker for the ceiling fan. To test the power is off, go back into the room and switch on the fan. If it remains stationary, job done.

Position the ladder slightly off-center to the fan to make it easier to see what you are doing. You will give yourself neck strain if you work directly below the fan.

Always extend the ladder so it is fully open and placed on a flat surface.

Remove the screws on either side of the canopy that covers the bracket. Use the short Phillips screwdriver because access may be restricted. Lower the canopy and rest it on the fan’s body.

You should see the ball and socket joint and how it connects. You will also notice the electrical connections and wires.

4. Double-Check the Power Is Off

Use the non-contact voltage tester to check the power is off. The tester only lights up when the wire is live.

Stretch out the fan wires so that you can see the wire nuts that hold them in place. Turn the screws counterclockwise to release the wires and pull them free of the fan.

Once the wires are free, place the wire nuts back onto the tips of the cables. It ensures that they are safely capped should the power go back on.

6. Remove the Ball from the Joint

The ball should slide out of the mounting bracket, so support the weight of the fan. Most ball and socket fans attach the same way, but the procedure should be similar, even with slight variations.

Lower the fan to the ground, taking care to grip the step ladder and the fan. If the fan is too heavy, have someone stand by to take the weight.

Unscrew the mounting bracket and screw the wire nuts back into the electrical box in the ceiling. It ensures they don’t get lost and are there for the next project.

You might be tempted to leave the mounting bracket in place if you hang another fan. The new fan will come with a dedicated mounting bracket that matches that model, which has a better fit.

How to Remove a Flush-Mounted Ceiling Fan

Removing a flush-mounted ceiling fan requires a little bit more disassembly. The fan needs to be dismantled because the bracket is almost flush with the ceiling.

As before, locate the circuit box and turn off the breaker for the ceiling fan. Leave the fan running to check you have switched off the correct breaker, and it should stop. Get someone to check if the fan is in another room or on a different floor.

Applying too much pressure can crack the glass bulb. Pop on your protective gloves and extend the step ladder below the fixture.

Most bulbs and covers simply unscrew, but some require the removal of a cover that encloses the bulbs.

Some flush-mounted ceiling fans come with light kits that allow you to remove the entire unit while in situ. However, removing the light kit makes it easier to access the screws on the mounting bracket.

Before disconnecting the wires, use the non-contact voltage meter to check that the wires are dead.

Remove the screws securing the light kit and disconnect the wires inside. They simply disconnect counterclockwise via wire nuts that hold them in place.

Once removed, place the screws in a marked brown envelope for safekeeping.

Now that the blades are down, it makes it easier to access the main body of the fan. Remove the screw from the side securing the fan to the ceiling bracket. Modern fans typically have a locking screw on one side and a hinge on the other side.

Let the fan swing down on the hinge when the screw comes out.

The wires are attached with wire nuts. Screw them counterclockwise and disconnect them. Again, once the wires are disconnected, be sure you attach the wire nuts to the wires protruding from the ceiling.

Slide the fan’s body free from the hinge on the mounting bracket and place the fan to one side. Remember to uninstall the safety chain if your model has one.

Unscrew both screws attaching the bracket to the electrical box in the ceiling. Remember to insert both the screws back into the box for future projects.

You may need to mix some filler and patch the ceiling if you remove the fan permanently.

How to Remove a Ceiling Fan With No Screws

If you cannot see any screws on the main body of your ceiling fan, it is likely that the fan itself simply unscrews. Try twisting the fan’s body counterclockwise, and it should reveal the concealed screw connecting the mounting bracket.

Although not all are the same, brands like Harbor Breeze and Hunters use screwless systems to mount their ceiling fans.

Replacing a Ceiling Fan on an Existing Downrod

Sometimes, the downrod is in working order, but the fan needs replacing. Knowing how to detach the two is vital if you want to leave the downrod in place.

The fan attaches to the downrod via a collar and hanging pin. After disconnecting the light kit wires, you simply remove the hanging pin from the collar. You can also remove the blades by turning the mounting screws counterclockwise.

Ceiling fans are far from outdated. They are a vital tool for keeping cool in many hot areas of the country. They also help distribute conditioned air, reducing the strain on your A/C unit.

Can I Replace My Ceiling Fan With a Light Fixture?

You can replace your ceiling fan with a light fixture. You have to disconnect the wires that join the light kit to the fan’s body. It is simple enough to do by twisting the wire nuts counterclockwise and pulling them out.

Ceiling fans are ideal for hot and humid climates. Working with your air conditioning, they distribute chilled air throughout your home, easing the strain on your air HVAC system and your wallet.

The less energy your A/C uses, the less you spend on energy bills. And that’s a win-win situation for you and the planet! 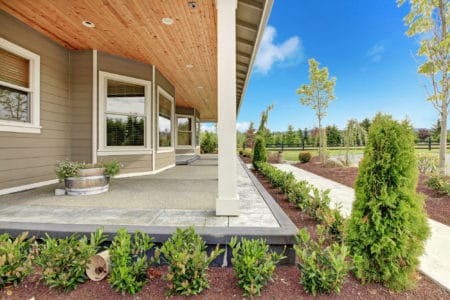 How to Build a Porch Roof (Including a Gable End) 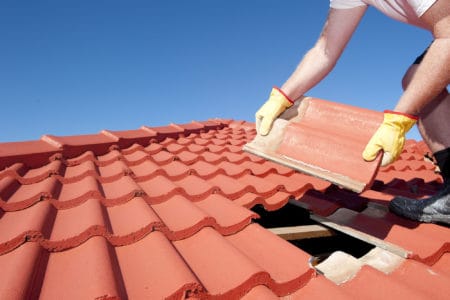 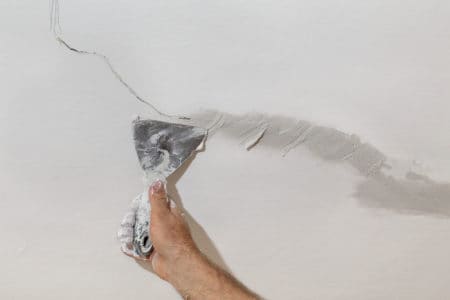 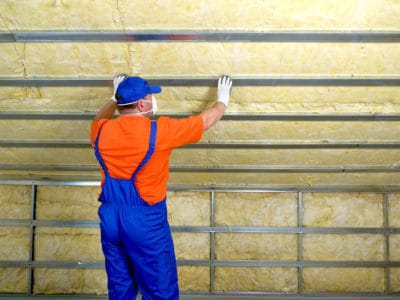 Garage Ceiling Insulation (How and Why You Should Insulate) 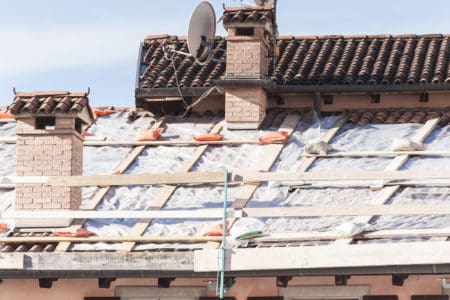 How Often Should You Replace Your Roof (Depending on Material)