Have you ever browsed Pinterest and seen the most amazing LED strip lights setups and dream about having your own? You can do so much with LED light strips, especially if you’re handy.

Setting up LED strips is insanely easy once you decide on the placement. I’ll show you how to install LED strip lights on ceiling surfaces. Plus, a few ideas on where else to place them.

Before you learn how to install LED strip lighting, we need to go over the main types of LED lights. This will help you settle on products that are most suitable for you.

SMD stands for Surface Mounted Device and is a type of LED lighting in the latest generation. Bulbs incorporate SMD chips that provide additional brightness, making them a more practical option for both homes and offices.

COB is an acronym for Chip on Board, another new generation of LED technology. It produces more light than SMD and has superior optics due to the steady beam of regulated light. It also has a higher lumen to watt ratio, indicating that it is very efficient.

A graphene LED light bulb is just an LED light bulb with a graphene coating on the filament. Graphene LED bulbs are said to be 10 percent more efficient than a standard LED bulb. They are also less expensive to manufacture and purchase.

This form of LED illumination is frequently utilized to attract people’s attention. Although these lights appear to be normal LEDs, their internal mechanism is more complicated. These lights operate by an integrated circuit that flashes the appropriate light at the specified frequency.

These types of LEDs are extremely simple to use, and many may be connected directly to the power supply without the requirement of a series resistor. These LEDs are frequently used in illuminated signage, as well as in automobiles and cycling lights.

The combo of red, green, and blue emitters powers these LED lights. The three lights are mixed in a variety of ways to achieve the desired color. And, with the sophistication of today’s controllers, RGB LED lights can create virtually any hue.

Where to Put LED Lighting

LED lights can totally change the ambiance of a room, but this depends on the type of LED chosen and where you install it. Here are some placement suggestions for anyone looking for ideas.

Under-cabinet lighting illuminates spaces under your cabinetry. It is most frequently utilized behind upper cabinets in kitchens and is partially responsible for your swooning over display kitchens.

This helps create a properly lit workspace but with indirect light. It doesn’t strain your eyes and provides the right amount of task light without the need to turn on ceiling lights.

You can place them either on walls, beneath cabinets, or above them. Placing it above them works with or without crown molding, but molding can help hide the strips.

By illuminating the underside of your bookcases, you may draw attention to trinkets that help make your home unique.

Shelves may create a shadow on your desk or alcove space, so illuminate them similarly to wall-mounted cabinets. The same is true for kitchens that include open shelving rather than cabinetry.

Placing lights beneath a bed can create a calming atmosphere in a child’s room. If you employ warm tones in your own bedroom, you can create a pleasant ambiance.

If you’re still working on organizing your home, under-bed accent lights could help the space appear more put-together than it actually is.

RGB accent lights allow you to customize your illumination during the evening by modifying the brightness and color.

Utilizing LED strips beneath your bottom cabinets will illuminate that foot-friendly area and provide a pleasant glow to your kitchen. Additionally, these lights will keep you from stumbling over your toes during a late-night journey to the refrigerator.

Consider utilizing RGB LEDs to create vibrantly colored toe kicks. Adjust the lights to a reddish tint and avoid feeling your way around the bathroom, while preventing yourself from fully awakening.

Do You Put LED Lights on the Wall or Ceiling?

It’s really all about personal preference. As long as you can secure the lights to the wall or ceiling and make them look good, it’s up to you where you choose to install them.

What’s important here is that all LED strips should come with a remote control. This makes it easier for you to change the setting if the strip is installed in a less accessible location.

How to Install LED Strip Lights on the Ceiling

If you don’t know the first thing about how to install LED strip lighting, know that this process is fairly simple. Anyone with some free time can install ceiling LED lights in a room as part of a DIY project.

If you have a cove (molding) made with crown molding, the installation process is a little bit different.

1. Settle on the Lights

There are numerous LED strips available, but certain strips perform better in certain settings. Think about how you plan to use the room and the level of brightness you desire from the LEDs.

Colored ambient lighting can be quite stunning in a bedroom or other relaxing part of the house. However, if you’re mounting them over a workbench, you’re generally going to want clear, strong lighting to ensure precise measurements.

Measure around the perimeter of your room’s ceiling, taking into account all corners and curves. Also ensure that you record the distance between the power supply and the outlet if the power supply has a short cable.

LED strips are available in different lengths. So, you can now choose between one or more LED strip reels.

No one likes to see cables all around the room; pick a power outlet that’s as close to the end of the strip as possible.

In some situations, it might be best to connect the LEDs to the wiring of the power outlet.

Make sure your LED strips survive as long as they are supposed to. Your setup should be well-ventilated with adequate airflow throughout the room. Avoid having your LEDs suffocated by bulky furniture or heavy curtains.

Use coving (molding) that provides for adequate heat dissipation (such as aluminum; avoid wood) and is wide and deep enough to allow for airflow.

Certain high-quality strips include an adhesive strip on the back that you peel and stick. This is preferable because certain manufacturers ensure that the integrated tape is also engineered to conduct heat away from the device.

Other strips require an external double-sided tape that you must adhere to the strip first, followed by the wall, ceiling, or coving. I recommend using EZlifego Double Sided Tape.

If your ceiling is porous/textured, you should consider adding exterior double-tape or wall glue to help secure it. Peel three to five inches of the backing at a time to make it easier to handle.

How to Hide LED Strip Lights

Knowing how to hide LED strip lights is reliant upon the place of installation.

After installing the LEDs, use a skirting board that’s taller than the trim molding. Put wood glue on the edges and line them up to be flush at the floor. Hold the boards for half a minute to secure them together.

You can install LEDs around the back edge of a mirror which will help when you’re doing your hair or skincare routine. The strip itself is hidden, but the light illuminates your face perfectly. This works for both rectangular and round mirrors.

For a contemporary aesthetic, wrap LEDs around the bottom of your coffee tabletop. Most tables have an overhang or lip that you can easily tuck an LED strip into. It’s mostly hidden unless you’re on the floor.

This is applicable to both coffee and end tables, whether glass or wood. Both will emit a dazzling glow. LED strips are better concealed beneath hardwood tables.

Installing LED strips behind the TV is actually quite popular because of the backlit effect. Make sure you choose a roll of LEDs based on the size of your TV. When turned on, the strips are hidden but a nice glow emanates from around the TV.

Now that you can install LED strip lights on the ceiling, I wanted to share some amazing ideas on playing around with LED light strips.

Marvel at how a simple warm light LED strip can highlight a vaulted ceiling. It’s almost as if it turns night into day and makes it feel like you’re outdoors instead of under the roof.

You can also use LED strips for your own DIY lighting fixture. Notice that this project doesn’t use that many materials, so making one by yourself should be both easy and cheap.

You don’t always need to attach LED strips in a straight line. Notice how well they match even irregular shapes. Who knew LEDs would work so well inside the garage?

Looking for a bit more info on the topic? Here are some common Q and A’s I see all the time.

How Do You Install LED Strips Without Adhesive?

If you’re skeptical about using an adhesive when installing your LEDs, there are other ways to do it. You can staple them, use cable ties, mounting clips, and even mounting putty.

Why Can’t You Put LED Lights on White Walls?

There is actually no reason why someone would avoid LED lights on white walls. In fact, if the LED strip somehow unpeels, taking a wall portion with it, the damage is less visible on white walls.

Do LED Strip Lights Need to be Plugged In?

Rough surfaces or an excessive number of grooves will reduce the surface’s contact with the tape backing. Less contact equals less binding, which results in the flex strips collapsing or drooping in certain areas.

Do I Need a Transformer for LED Strip Lights?

While LED light strips can be driven directly by LED drivers, longer strips should be powered via an LED transformer. LED drivers maintain a constant output voltage. But larger strip lengths require more power to operate at peak efficiency.

How Many LED Strip Lights Can You Connect Together?

Do LED Lights Use a Lot of Electricity?

Now that you know how to put up LED lights, it’s mostly a matter of choosing a style and location for installation.

Place your ceiling LED lights in a room that requires an ambiance change. They work really well in the bedroom, living room, above or under kitchen cabinets, or behind the bathroom mirror. 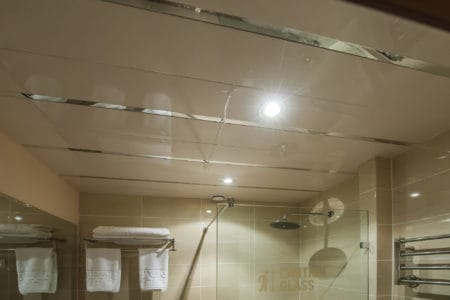 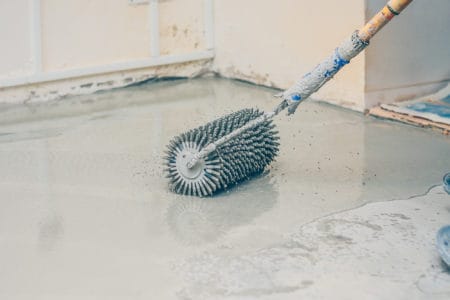 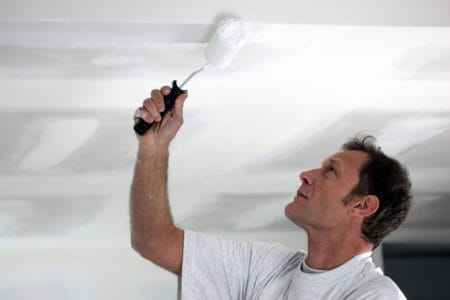 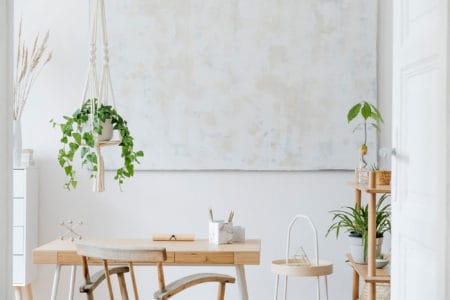 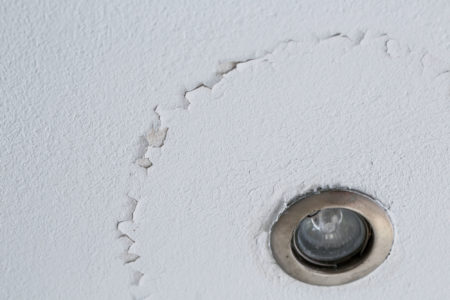 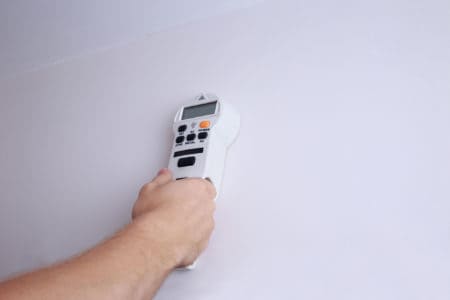