Are you wondering how a water heater really works? Perhaps you want to replace your current unit, but want to know which type is best? There are several different types, all powered by different fuels and power sources.

Water heaters are essential — every time we take a shower, do the dishes or run the washer, we use hot water. Let’s talk about the different options, how they work, and how you can determine which one is best for you.

Common Components on a Water Heater

However, although the traditional and modern units differ, they share a few common components. These include:

This is a standard part of any water heater. The cold water inlet pipe is where the water enters the unit. Every water heater has to have one in order to receive water to heat.

A dip tube is included in large tank type units, except those with a cold inlet pipe at the bottom. It’s basically an extension to the top cold water inlet pipe, extending to the bottom of the tank.

Because the hot water will naturally rise to the surface, the dip tube allows the cold to reach the bottom first. Here it receives heat before mixing with the hot water.

The dip tube actually serves another purpose: it puts extra pressure on the cold inlet water which causes some turbulence at the bottom of the tank. This then helps to circulate the suspended sediments, preventing them from settling in and forming crusts.

This is another uniform pipe. It’s the pipe that goes into the water heater, bringing the hot water out through the plumbing to your faucet.

The flue pipe is an essential part of any gas water heater regardless of the type. Gas-fired units create a lot of combustion. The flue pipe acts as an exhaust, evacuating the harmful carbon monoxide gasses created during the process.

T&P valve stands for “temperature and pressure relief valve,” and it’s a pretty important part. In fact, if this wasn’t here, the tank could explode.

What it does is allow the excess pressure or heat to escape from the hot tank to prevent an explosion. Needless to say, this is essential, so if yours is broken you must replace it immediately.

An anti-corrosion anode rod is a vital part of any tank type unit. These are small metal elements, usually made from either aluminum or magnesium with a steel core. They’re installed near the dip tube and extend into the tank.

Fortunately, most anode rods last for one or two years before needing a replacement.

Electric heating elements are only installed in electric water heaters. These are the elements that heat the water inside the tank. They’re simple metal rods, like what you’d see in an electric oven.

Depending on the size of the tank, some may have two while smaller tanks have only one. Some modern water heaters such as heat pump or solar also have one or two electric heating elements as backup.

The burner is what heats the water in a gas water heater. It usually sits at the bottom of the tank in a compartment where the gas comes out and is ignited. Tankless gas units also have a burner sitting in the middle with a fan underneath, keeping the flame going.

Gas water heaters generally also have something called a “thermocouple.” This is a vital safety feature that turns off the gas in case the flame goes out.

How Does a Water Heater Work?

Now that we got some knowledge of the most important water heater parts, it’s time to see how they work. 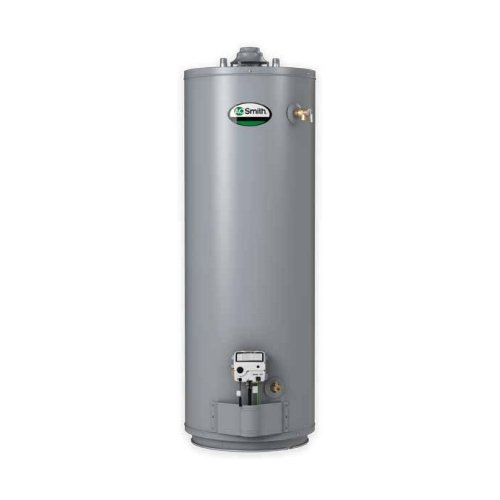 A gas water heater works with either natural gas or liquid propane. When you turn on your water heater, cold water is brought into the unit through the dip tube. The cold water is led to the bottom where the burners sit in a small compartment at the end.

As the burner fires the gas, it releases extremely hot air that rises up through the flue or chimney. As the hot air travels through the chimney, it heats it up, which in turn heats the water. The hot air is also very toxic so it must be vented to the outside.

This process depends on whether your unit is atmospheric or power-vented. If your unit uses natural convection, it likely has a draft diverter.

The draft diverter gathers the toxic air before releasing it through the last part of the chimney. The diverter, however, might cause something called “back drifting.” This is where some of the hot, toxic air runs out of the chimney and into the room.

If your unit is power vented, it means that it uses a small motor to pump the air out of the exhaust. With this, there shouldn’t be any back drifting.

Then, as you open the hot water tap, more cold water is led into the tank. The cold forces the hot water through the heat-out pipe and into your plumbing leading to your faucet.

Nearly all water heaters have a thermostat where you can adjust the temperature that the water is heated to. On gas boilers, this is connected to the gas line to control the amount of gas reaching the burner. 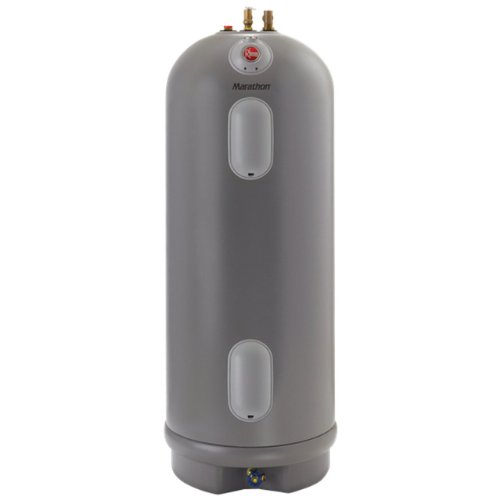 Electric water heaters use electric heating elements instead of gas-fired burners. An electric unit usually requires a 220-volt circuit to work. However, there are those requiring more or less.

On the side of the tank, there are one or two thermostats fitted, depending on the size. If it has two, there’s usually one at the bottom and one at the top. Each thermostat is connected to a heating element which it controls.

As the dip tube leads water into the bottom of the tank, the lower thermostat senses the cold temperature.

When the thermostat switch senses a cool temperature, it opens up to let an electric current through the element. As the tank fills with water, it soon reaches the upper thermostat, which then activates the upper element.

When the water reaches the preset temperature, the thermostat switches closed to prevent overheating. Most electric water heaters have an external thermostat which allows you to set your desired temperature. They usually have a range between 120 degrees to 140 degrees Fahrenheit.

When you open the hot water tap, more cold water is let into the tank. And much like the gas unit, it forces the heated water up through the heat-out pipe.

Electric water heaters don’t produce any exhaust so there’s no need for venting. You can easily place them anywhere in your home. 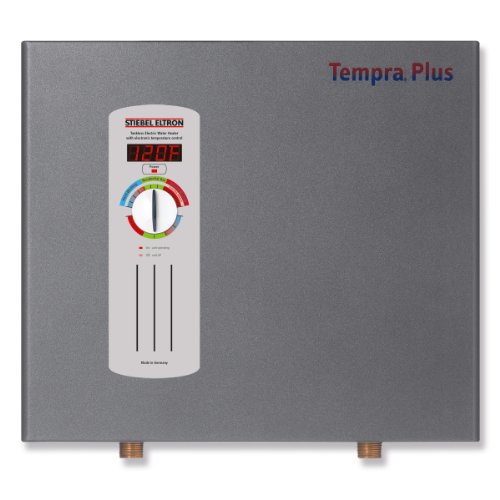 Tankless water heaters are often referred to as “on-demand” units. As the name suggests, they don’t have a storage tank and instead deliver water instantly. This eliminates the time spent waiting for a tank to fill and heat up.

A tankless unit can work using either a type of gas or electricity — it has both burners and heating elements.

As soon as you open the hot water tap, water is let into the unit. Inside, there’s a long pipe circulating the heat exchanger. The inlet water pipe leads the water to the bottom of the exchanger that’s receiving heat from the power source.

As the pipes travel from the bottom to the top, the water gets warmer and warmer until it reaches the right temperature. It’s then pushed out through the hot water outlet, directly to your faucet. This process usually takes less than a minute, depending on your unit.

Tankless water heaters, however, have a limited flow rate which means they’re not ideal for simultaneous use. They work best when you install them as a point-of-use application, for example, the faucet or dishwasher.

A general flow rate would be 2 to 5 gallons per minute. Gas-fired units usually have a higher flow rate than their electric counterparts. But, even with a stronger flow, they’ll still struggle with multiple applications.

In these cases, it’s recommended that you install one or two more units throughout your home. Or, install a separate one near an appliance that uses a lot of hot water such as the dishwasher.

This may sound like a lot of trouble, but tankless units are very energy efficient. They’re capable of saving you 27 to 50 percent on your energy bills if you install one at each application (1). 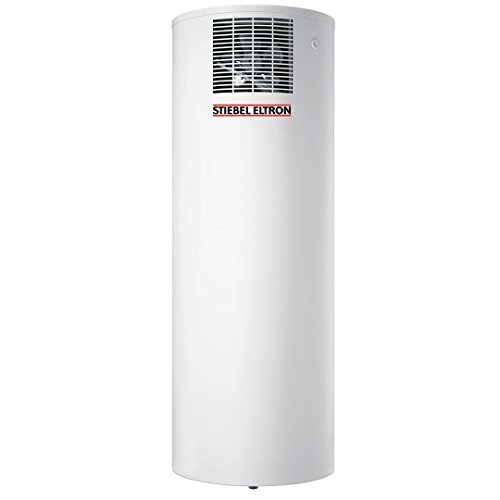 Heat pumps work by pulling heat from the surrounding air and dumping it into a tank where it heats the water. The hot air that’s pulled in increases in temperature, enough to heat the water to 130 to 140 degrees Fahrenheit.

From here, the rest of the process is quite similar to traditional units. The hot water is forced through the plumbing to your faucet as the tank refills.

This type of water heater requires a specific spot in your home for installation. The best area is where the temperature stays within 40 to 90 degrees Fahrenheit year-round. There should also be an air space of 1,000 cubic feet around the unit.

Solar water heaters aren’t exactly the new kids on the block, but they have improved over the years. The newer systems involve a storage tank and a solar collector of which there are two types — active and passive (3).

Active systems come with a circulating pump and control, i.e. it relies on technology. A passive system, on the other hand, relies on natural convection to move the heat around.

To complicate this further, each kind has two types of heating systems. These are:

These systems are usually less expensive and may last longer. However, they’re less efficient.

Solar-powered water heaters must have a well-insulated storage tank. They also have additional inlet and outlet pipes that directly connect to the collector.

There are many different types of water heaters that all work in different ways. There are the traditional gas and electric tank units, and the more modern versions such as the tankless and hybrids.

Which type of water heater do you have? We look forward to seeing your answer below as well as hearing any questions you may have. 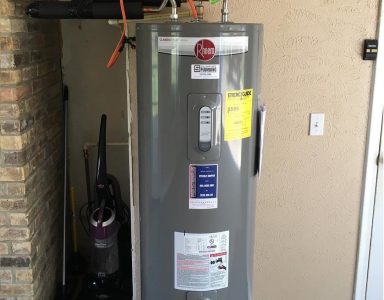 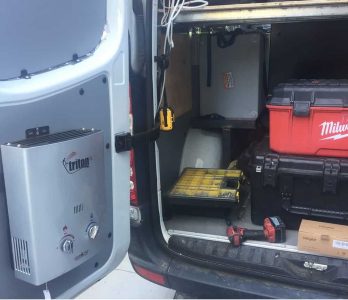 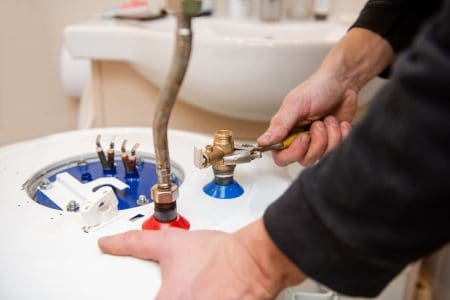 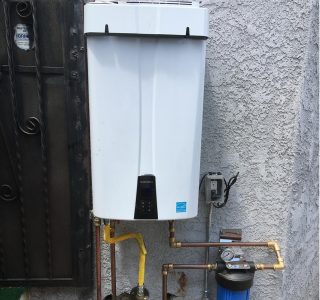