We decided to take a detailed look at air compressors to give you the lowdown on how they work.

A Guide To How an Air Compressor Works

An air compressor is a pneumatic device that stores compressed air. It has several uses, from home and hobbyist applications to industrial and commercial settings. Air compressors come in all shapes and sizes and are either dynamic or positive machines.

What Are Air Compressors For?

Some of the most common types are portable and handheld devices that you carry in the trunk of your car in case of a flat tire. Air compressors also blow up balloons and are useful tools for cleaning hard-to-reach areas using directed air.

Larger, reciprocating piston compressors are better suited to DIY tasks like using pneumatic tools. These can include air hammers, air impact wrenches, and paint spray guns for respraying your car.

The aviation industry uses them in aircraft engines, and large chemical and industrial facilities employ compressors in the manufacture of products like steel and chemical separation.

They are even used in some ski resorts to make snow!

How Does Each Type of Air Compressor Work?

Each type of air compressor has its unique way of producing pressurized air. Here are the basics of how they work.

Positive displacement air compressors force air into a tank, and the volume decreases to pressurize the contents. The systems vary with each machine, but the principle is the same.

“Positive” is a blanket term used to describe all air compressors powered through positive air displacement.

Some positive displacement compressors are better suited to industrial and commercial applications than others, while some suit hobbyists and the home market. 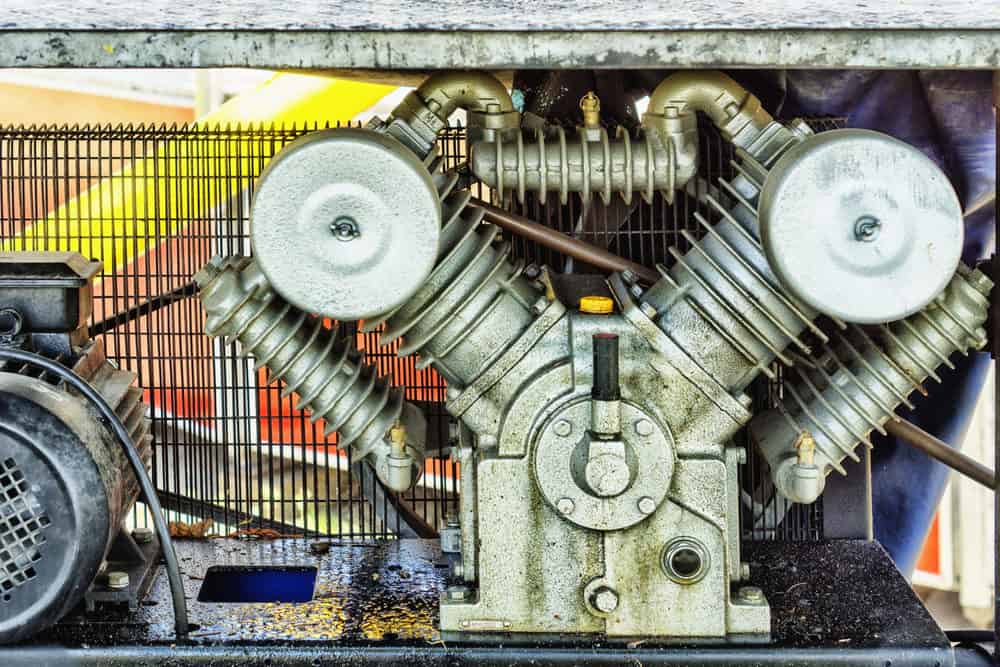 Reciprocating piston air compressors use a piston controlled by a crankshaft to deliver pressurized air. They are not suitable for continuous use, unlike the rotary screw type. So, how do they work?

We have to divide them into single and double-stage operations. Single-stage compressors have a rotor that spins, forcing the piston to move up and down. This motion draws air into the chamber through valves, causing the air to push through outlet pipes as the piston moves upwards.

These types of air compressors are relatively affordable and commonly found in auto-repair shops.

Two-stage compressors have a large piston and a small piston. The rotor operates both, but as the larger one creates air, it pushes it through an intercooler containing water. This is then fed to the chamber containing the smaller piston, as it compresses the air into a small space. It then forces the air through an outlet pipe. 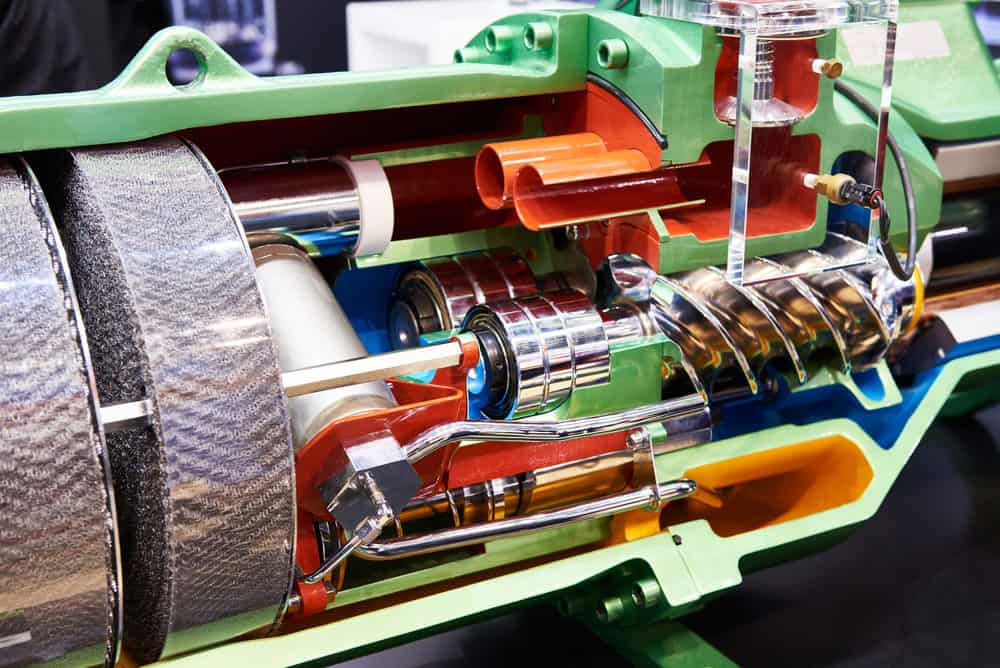 The two screws rotate in opposite directions, which creates a vacuum. As the air gets forced along the screws, it compresses until it is released through the air output. This provides the power to run air tools and many other applications.

These are the easiest to maintain of all the types of compressors and are typically used in heavy-duty scenarios, thanks to their ability to run continuously and the size of their engines.

Rotary vane compressors are much the same as rotary versions, except they use vanes attached to the rotor that adjust in size as they spin. The fan is mounted off-center to create larger and smaller chambers within the casing. This creates pressure as the air is forced around the casing as it decreases in size until it eventually pushes out through the exhaust port.

Rotary vane compressors are easy to use and popular with home and hobbyist users alike.

Dynamic compressors use a rotating blade to generate airflow. This airflow is then restricted to create pressure, as all that kinetic energy is stored ready for deployment. These types of devices are a mainstay of larger industrial applications like steel manufacturing and chemical plants. It is unlikely you will see this compressor in the home or small commercial use. 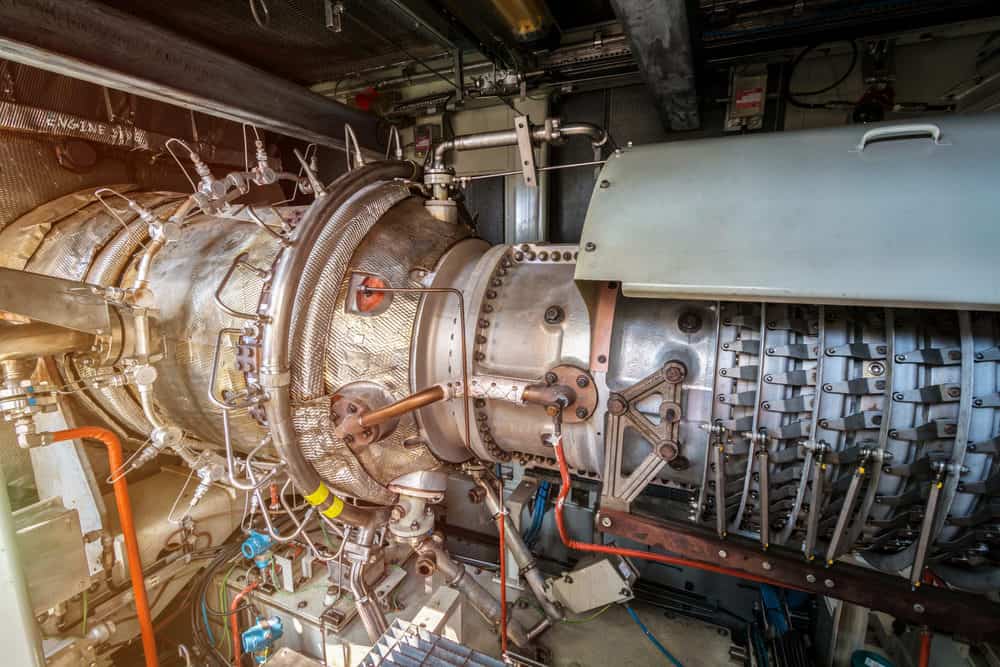 It starts with a large fan that draws air at high speed into the inlet. It passes through stationary fan blades, and as space decreases, kinetic energy is created, causing the air to pressurize. This then gets fed through an outlet.

The purpose of the stationary blades is to slow airflow as the air is forced into a smaller space, increasing the pressure. These types of compressors are less common and mostly used in aircraft engines and large air separation plants. 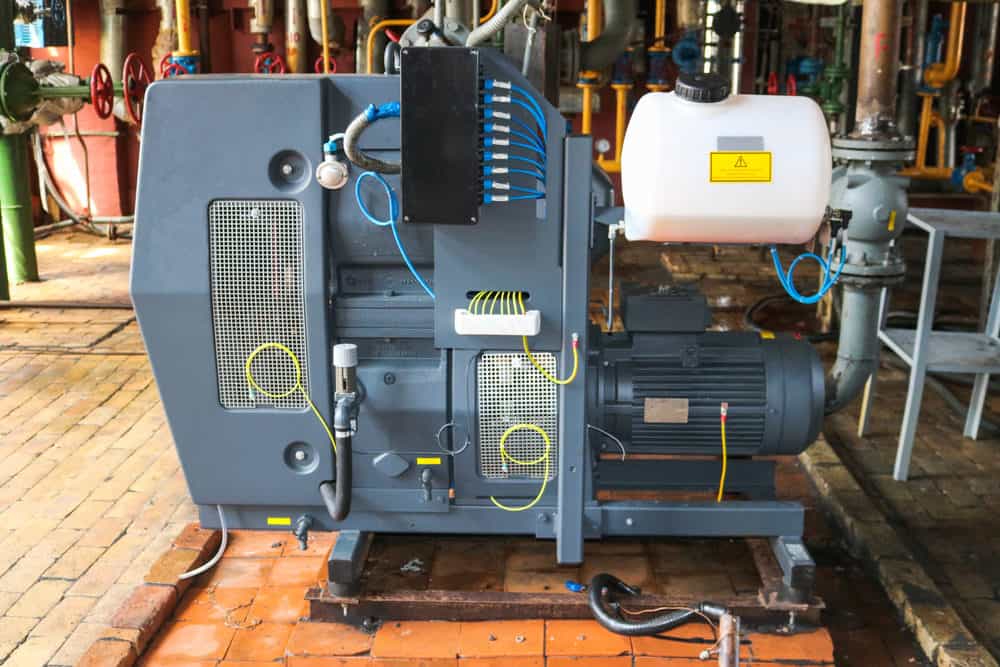 A large fan draws air into the chamber, but the centrifugal force causes it to push outwards towards the edges of the space. The air travels around the inner casing, heading towards a diffuser, which slows the pace and increases the pressure. This pressure is then delivered through an outlet pipe.

These types of compressors use a high-speed electrical motor, making them a staunch favorite with HVAC professionals, and are commonly used in domestic HVAC systems.

How Long Do Air Compressors Last?

This all depends on the punishment the compressor gets and the applications it is used for.

How Long Should an Air Compressor Run?

It depends on the duty cycle. If the compressor has a duty cycle of 50/50, it can run continuously for 5 minutes before resting for a further 5 minutes. Some have 100 percent duty cycles, meaning they can run without resting, but these are more robust compressors suited to the commercial and industrial sectors.

Can an Air Compressor Run Out of Air?

It depends if you have a continuous duty air compressor or not. These devices can run for long periods without ever running out of air. Smaller models may need to rest to replenish the tank when it depletes.

Do You Have To Refill Air Compressors?

As the air depletes from the tank, pressure starts to drop, which affects your work. A motor kicks in and replenishes the tank, but this may cause a slight delay in your operation. Some air compressors have dual tanks to allow you to carry on working as the empty chamber refills.

What PSI Should I Set My Air Compressor?

It depends on the application. Some air tools have a PSI of 70 to 90, whereas larger applications require a PSI of 100 to 120. For general duties that cover most aspects of use, the rule of thumb is to set your compressor at 90 PSI.

What Causes an Air Compressor Not To Work?

There are several reasons why your air compressor doesn’t work. The most common causes are lack of oil in the pump and power switch failure. This could be a result of a lack of contact between the pressure switch and the circuitry.

Should I Drain My Air Compressor After Every Use?

You should drain your air compressor after each use to avoid water pooling in the tank, causing corrosion. Releasing the air from the open drain valve empties the tank and removes the condensation.

Can You Feel the Pressure?

Air compressors are extremely useful devices. They come in all shapes and sizes and for different applications. Air is free, so it’s no wonder so many industrial and commercial environments utilize this precious resource to create the force they need to operate large-scale machinery.

And in the home, air compressors have many uses, from inflating balloons and tires to driving air tools like hammers and wrenches. 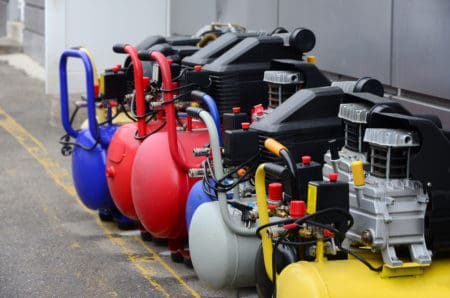 Air Compressors and What They Do 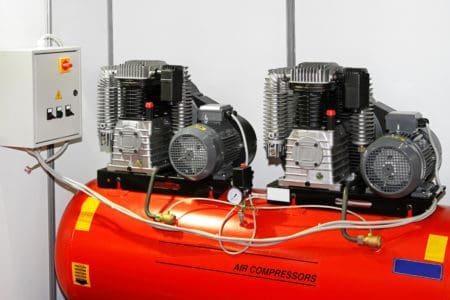 How To Quiet an Air Compressor (Simple Solutions) 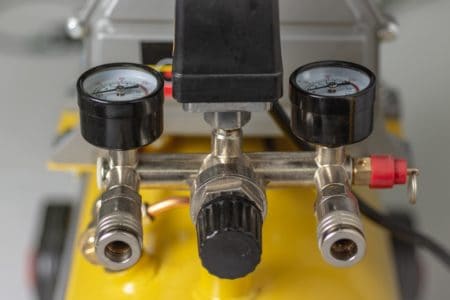 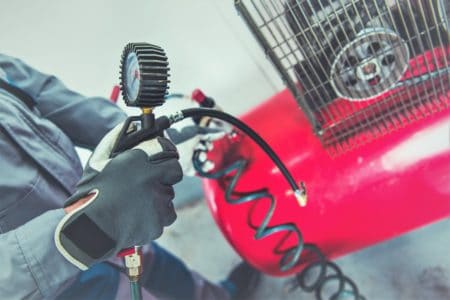 How To Maintain an Air Compressor 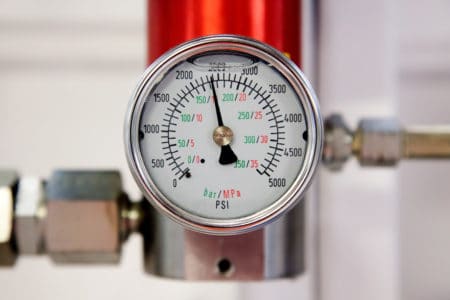 How To Rate an Air Compressor (SCFM vs CFM Explained) 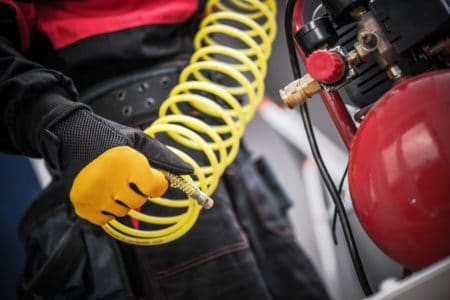 How To Use an Air Compressor