Which camp are you a fan of, electric snow blowers or gas snow blowers? They both do the same thing, but there are significant differences in their cost, performance, convenience, and capabilities. So, which is best?

Let’s take a look at electric vs. gas snow blowers to give you the definitive answers to your questions.

Electric vs. Gas Snow Blowers: Which to Choose?

Electric snow blowers are cheaper and more convenient. They are better suited to lighter duties and have a limited reach thanks to the power cord. You also need an electrical supply, which restricts their use in off-grid situations. Gas-powered snow blowers free you from power cords and an electrical supply, and they also have a superior capacity, making them the ideal choice when you get significant snowfall.

So, what are the key advantages of each type of snow blower? Let’s look at them in a handy chart to get an at-a-glance guide. 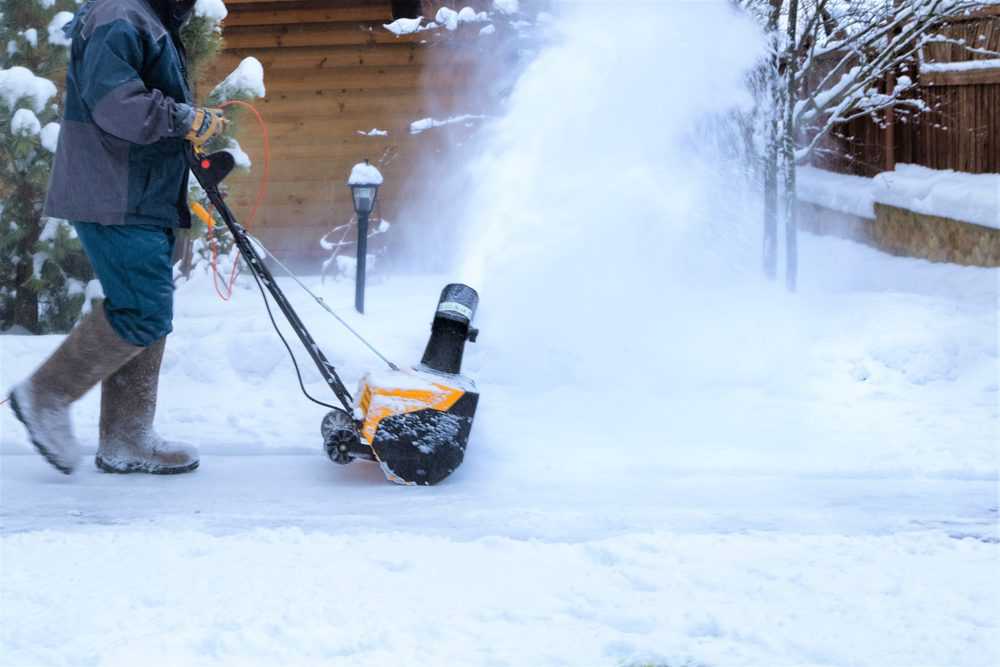 Electric snow blowers are freely available for sale and extremely useful, even if they seem less popular than gas models. They are the ideal tool if you have a smaller yard or only get a light coating of snow. The obvious downside with an electric snow blower is you need a power outlet.

It also restricts the snow blower’s reach, which is why smaller yards are better suited to electric varieties. Plus, electric snow blowers are not as powerful as their gas-powered cousins, so if you live in Alaska, an electric model might struggle to cope.

Electric snow blowers come in varying sizes and designs but they are all single-stage machines, so they lack an impeller to project the snow out of the exhaust. It’s why they are better suited to lighter duties.

A crucial advantage of an electric blower is they are quieter. This is good news if you have close neighbors and don’t want to disturb them while you work. The other bonus is they are often cheaper to buy and require no additional gasoline. This reduces costs and makes the operation more convenient.

You can also get battery-powered snow blowers that free you from the constraints of an electrical socket and power lead. However, batteries hold a finite charge, so you reduce the runtime of your blower, limiting its range.

How Do They Work?

The first thing to bear in mind is you need a power socket to plug in the lead. If you need to gain extra reach, consider an extension cord. The downside with this method of power is you risk severing the cable as you work outside.

Single-stage motors use an auger that performs double-duties because it has to scoop up the snow and blow it out. In contrast, most gas models are 2-stage, so while the auger collects, the impeller blows the snow out the other end, making it more efficient at clearing significant amounts of snow. 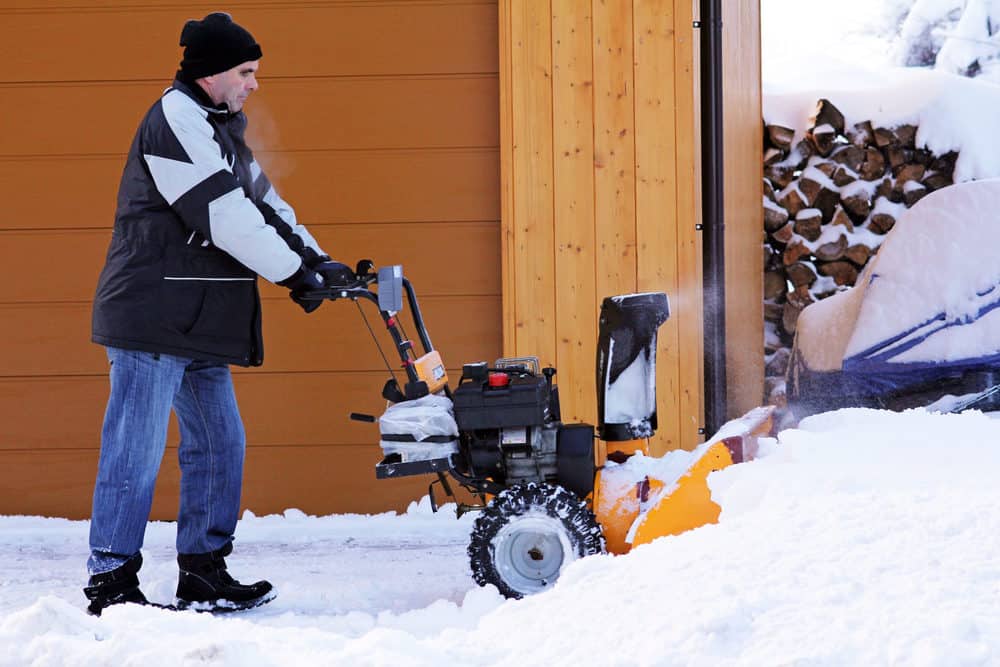 While we salute the advantages of electric snow blowers, they cannot match gas models when it comes to sheer volumes of snow clearance. It’s the reason why you are more likely to find gas blowers utilized in extreme locations and in more rural areas, where a power supply is less likely to be available.

Many homes in these environments rely on off-grid power sources like generators, solar and wind power, as well as solid-fuel systems. There simply isn’t the option to plug in the lead and start clearing snow.

Also, people tend to have larger plots in these locations, so an electric snow blower is not an option. With a gas-powered model, you don’t have any restrictions on where you can go.

Thanks to their greater capacity, gas snow blowers come in a wider array of sizes and specifications, giving you a comprehensive range of choices. Smaller gas models compare favorably with top-end electric models, but as you scale up the price range, you can spend significantly more for a gas snow blower.

There are downsides to gas snow blowers that you need to consider. First, they are noisy. Petrol motors generate a higher volume than electric varieties, so if you have close neighbors, you might irritate them with the noise.

Second, they need higher maintenance, so if you are not mechanically-minded, you will need to learn fast or suffer expensive repair bills every time something goes wrong.

And finally, there is the cost of gasoline and motor oil, as well as lubricants to keep your petrol engine purring like a cat. You don’t suffer these costs with electric motors.

How Do They Work?

You will need a supply of gasoline to top up the fuel reservoir. While this is relatively inexpensive, it still increases your running costs.

The heavier-duty models will be 2-stage snow blowers, meaning that they have an auger to scoop in the snow and an impeller that blows it out the other end. This increases the machine’s capacity, enabling you to clear higher volumes of snow in much less time.

The obvious advantage of gas snow blowers is they can run forever, or at least until you run out of fuel, but it means you can work your way along your extended driveway without too much trouble.

Which Snow Blower Is Best?

If you have a substantial yard and need the extra capacity, go for a gas snow blower. It frees you from power sockets and enables you to keep working until the yard is cleared without stopping.

If you don’t need the extra power, expense, or capacity, an electric model is a great choice. Plug it in, switch it on and start clearing snow. What could be simpler? 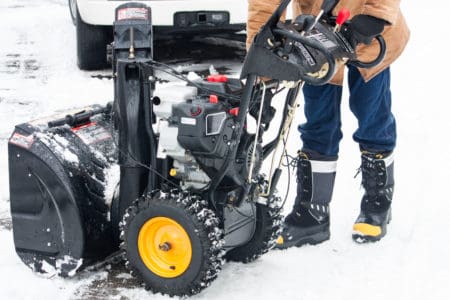 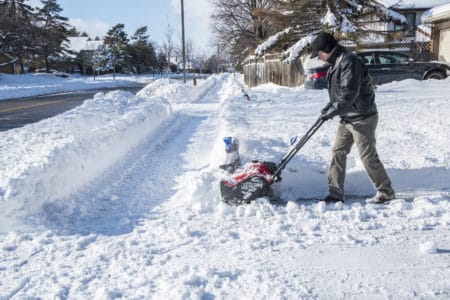 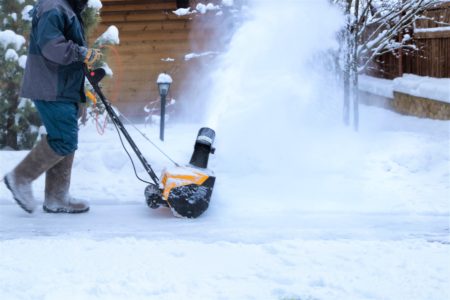 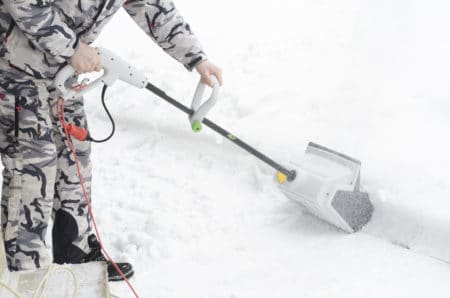 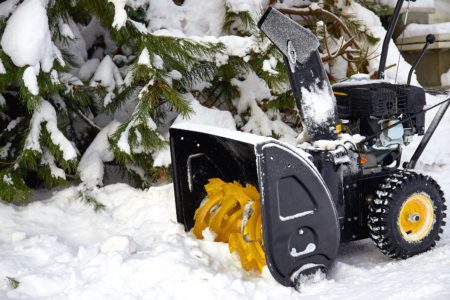 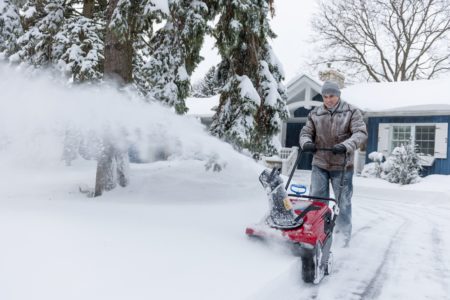 The Difference Between Snow Blowers and Snow Throwers