Taking a bath is one of the best ways to relax. It soothes, destresses, and above all else, it keeps you clean. But what fun bath facts and statistics lie behind your bathing habits?

Let’s take a dip (see what we did there) into bathing facts and statistics to bring you the fun and downright bizarre truths about taking a bath. 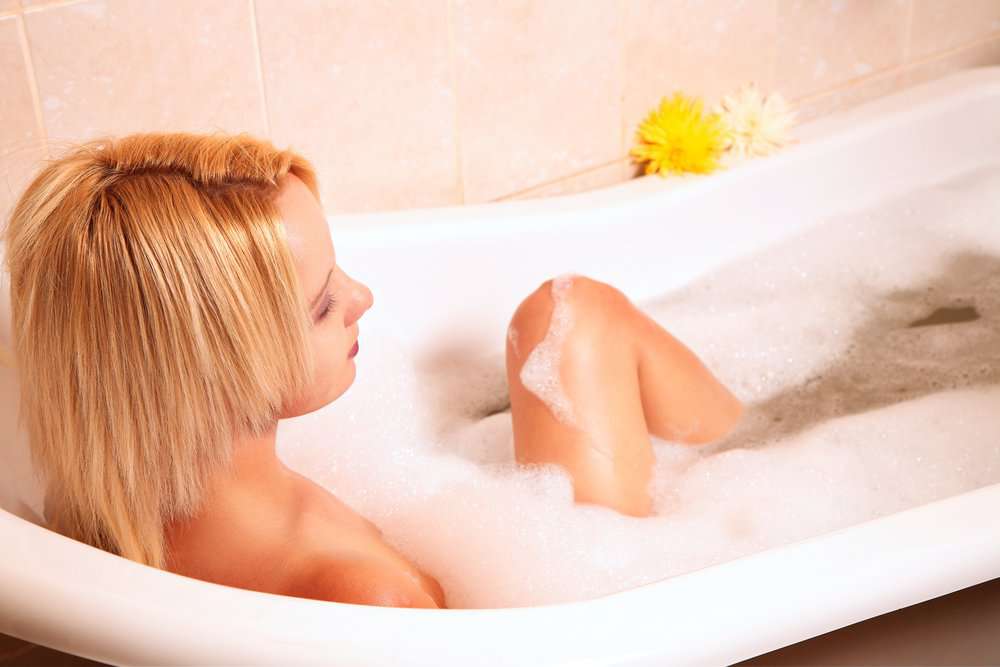 Here’s a handy rundown of our top 16 bath facts and stats. Some won’t surprise you, but others may just raise an eyebrow. Enjoy!

Who knew taking a bath could be so interesting? Let’s dive into our top six bath facts and statistics.

Ancient civilizations bathed for religious rather than hygiene reasons. They believed that water purified the body and soul. It spawned the idea that cleanliness is next to godliness.

It was part of the reason why communal baths were so popular because people thought they were ridding their bodies of evil spirits. By bathing in a communal bath, they reduced the risk of their homes becoming possessed by these spirits.

The oldest known bath dates back as far as 3,000 BC in what is now modern-day Pakistan. The Indus Valley civilization was so advanced that they were also credited with inventing plumbing, drainage, sewers, and copper production.

The ancient Greeks and Romans used wood-fired boilers to heat their bath water. The baths were elevated two feet from the ground on pedestals, and warm air was fed beneath to warm the water and interior of the bathhouse.

Ancient Romans loved to bathe communally. It was one of the most important daily activities and was practiced across the social spectrum. While bathing is a private activity in the modern world, it seems it wasn’t always the case.

Those with enough wealth had baths attached to their villas, but public bathing was enjoyed and encouraged throughout the Roman empire.

Many people think that bathing declined after the fall of the Roman empire, but this is not the case. The Middle Ages saw the beginning of the soap-making industry, proving that taking a bath was still as popular.

It wasn’t until the Renaissance that bathing declined because people believed that water carried diseases. Instead, they preferred sweat baths, like our modern-day saunas.

6. Good for Your Health

A hot bath speeds up your heart rate, which gives it a workout. Your body has to work harder to regulate heat, which improves blood flow, helping the other organs in your body.

So, if you want to keep the doctor at bay, take a hot bath!

You would think that taking a bath was the same around the world, but bathing habits vary by country. There are also stark differences between the sexes.

Americans bathe more frequently than the Brits, Japanese, and several other European countries. They were sold the idea of cleanliness in the 1920s when soap companies encouraged frequent washing to sell their bathing products.

It is not uncommon for Japanese men to strip off and perform a body wash with a sponge and bucket of soapy water. This is the prelude to taking a communal bath. It means that everyone is clean before entering the shared water.

A long soak in the bath is the preserve of the younger generation. On average, two-thirds of people over 50 spend 10 to 20 minutes in the tub. That number rises to over 40 percent for people 49 or younger.

Almost 25 percent of younger people admit to bathing for half an hour or more, compared to 10 percent of older people.

Men are twice as likely (41 percent) to opt for a simple bathing experience and ignore bathing products like bath bombs and bubble baths compared to women. Those who only bathe once a month are likely to make an event of bathtime, including candles and scents.

It’s time to get a bit icky! Amazingly, 17 percent of people admit to peeing in the bath. They actually admit it!

Younger people are the biggest offenders, with 22 percent of 18 to 24-year-olds and 21 percent of 25 to 49-year-olds occasionally peeing in the tub. 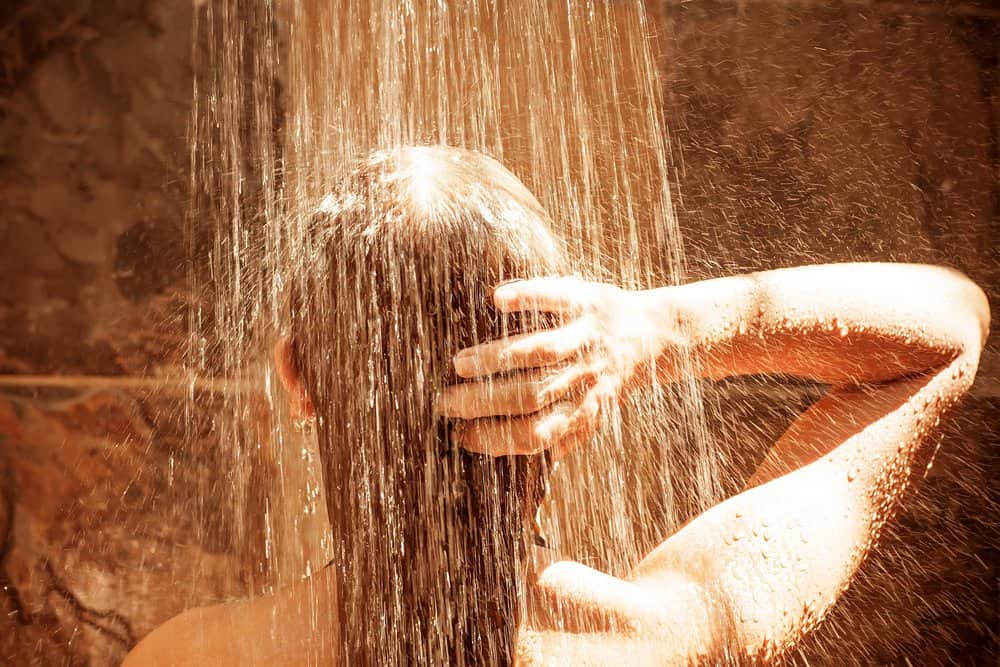 We all know showering is more popular nowadays because it’s faster and uses less water, but how does showering compare to bathing?

A standard bath takes 170 liters of water to fill. A typical five-minute shower uses far less water, at 70 to 115 liters. However, if you extend your shower time to 10 minutes, water consumption leaps to 180 liters.

How often you shower also makes a difference because you are more likely to shower daily rather than take a bath.

So, the answer to the question, “which uses more water?” comes down to the average time you spend in the shower. If you want to preserve resources and save money, change your habits and shower quicker.

One way to ensure your bath is more eco-friendly than a shower is to share the bath water. It’s a throwback from days gone by when it was too expensive to heat two baths, so families shared the water.

It may seem unhygienic, but the water dissipates bad bacteria enough that it still gets you clean.

Kevin “The Catfish” McCarthy spent an incredible 340 hours and 40 minutes taking one continuous shower. Here are a few more shower and bath world records to whet your appetite:

The world’s most expensive bathroom cost $392 million! That’s right; you read that correctly. $392 million! It belonged to a Saudi prince, was encrusted in precious jewels, and finished in gold and other expensive materials.

Which Gets You Cleaner?

Showers get you cleaner than bathing because the water rinses your body and flows down the drain. Unlike a bath, you are not wallowing in dirty water. Instead, you have a steady supply of fresh and clean water to wash away the soap scum and bacteria.

People also shower more frequently because it’s a hop-in, hop-out experience. A bath takes, on average, 15 minutes to fill, which is three times the length of time taken for a typical shower.

So, there you have it. Everything you wanted to know about baths but were afraid to ask. Learning about bath facts and statistics is a real eye-opener, especially when it comes to water consumption and hygiene.

Hopefully, you’ve learned something new and have a newfound respect for everything relating to your bathtub and bathing. 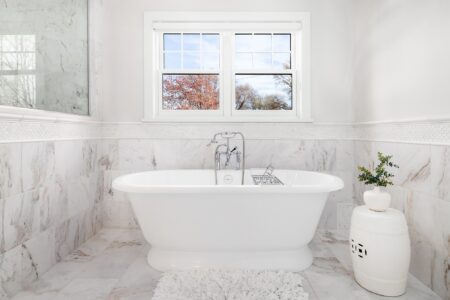 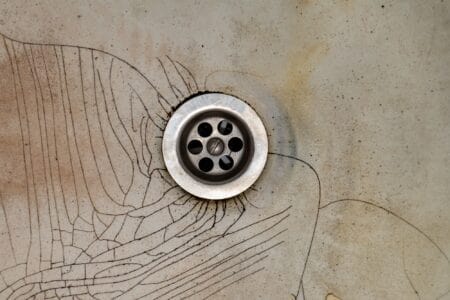 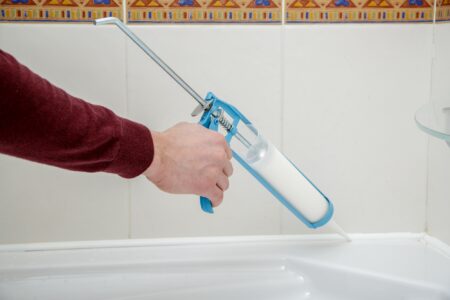 How to Recaulk a Tub 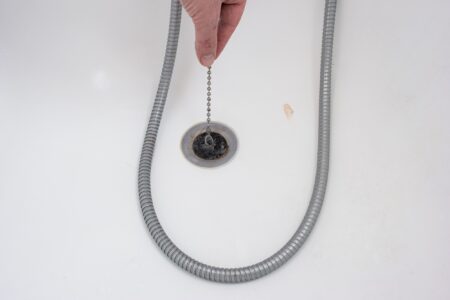 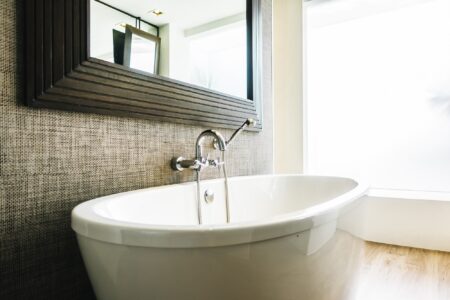 Reglazing a Bathtub (Including the Pros and Cons) 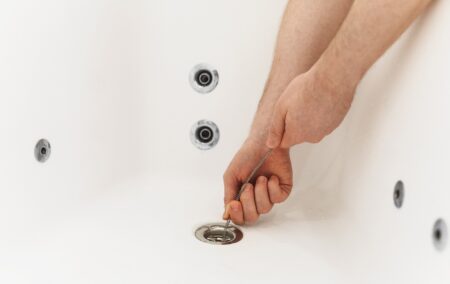